Kyle Owen, who graduated Hack Reactor in May, has been getting to know the new features built into JavaScript in the ES6 release, which came out earlier this year and marked the first major update to JavaScript since ES5 in 2009. Because there is so much new material to explore, concise and lucid explanations of specific features are high in demand. Owen provided exactly that in a blog post on tail call optimization, and his explanation quickly rocketed to the front page of Hacker News.

“The ES6 release is a huge deal,” says Owen. “Everyone is super excited.”

While tail call optimization is one of the more nuanced features released in ES6, it is an important one for JavaScript developers. Owen notes that “there is definitely that ‘finally’ feeling from a good amount of people in the community.” 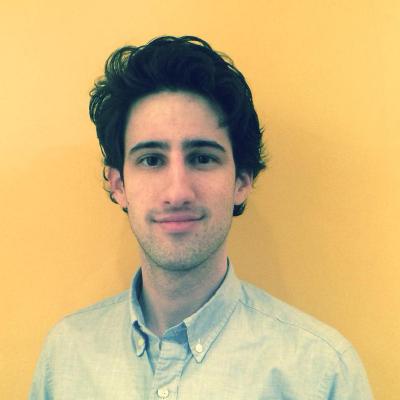 The method that Owen outlines allows one to get more use out of memory allocated for a given function in certain circumstances. This preserves memory and can prevent stack overflow (which occurs when there is not enough memory to execute a set of functions).

“Basically it’s a memory optimization in the browser,” he explains.

The response Owen got from his blog post made clear the value Engineers see in this optimization and his explanation of it. Owen’s post spent a day on the front of the popular tech news aggregator Hacker News and was included in the JavaScript-focused newsletter JS Weekly.

“I was really excited that many people found value in it,” says Owen. “Right now there are a lot of these new ES6 features, so seeing a really laid out explanation of one was undoubtedly helpful for people.”

For Owen, making the front page of Hacker News was more than just a nice acknowledgement, it signaled how far he had come in his young career as a developer.

“A year ago, I was reading Hacker News and thinking about going to Hack Reactor. Now I’m on the front page.”

Previously, Owen had been an analyst at an actuarial consulting firm. He started coding on the side, and built a project to generate bitcoin addresses with a friend. The experience of building a functioning app made him realize that he wanted to make coding into a career. As someone with a preference for immersive learning, Hack Reactor felt right for him.

“I loved it--it definitely blew away my expectations,” he recalls. “All my classmates were super smart and driven. The moment I realized that this place was amazing, was when we were all staying late to watch the Laurie Voss talk, and I realized I would never have been able to stumble on this. Hack Reactor put me in an environment of people passionate about the same thing.” Hack Reactor frequently hosts after-hours talks by key figures in the coding community. Voss, who has spoken at Hack Reactor several times, is CTO of npm, the leading package manager for the central JavaScript platform Node.

Want to turbo-charge your coding career at a leading accelerated learning program? Apply to our program, online or in four major cities, today.