Jake Seip has long had an entrepreneurial spirit, but the skills he learned at Hack Reactor, plus the friends and colleagues he met here, allowed him to start his own company with fellow alumnus Tim Sze. Their startup, Compgun, aims to be the new standard in managing sales commissions.

“We make it easy to manage commissions for large sales teams,” Seip explains. “We do that by offering self-serve solutions that anyone can set up in an hour for any plan.”

“I was managing sales commissions for several hundred people, paying out millions of dollars at age 26,” he recalls. Later he ended up in a similar position at AdRoll. In each case, he found the sales commission tools available to these large companies “were really lacking.” 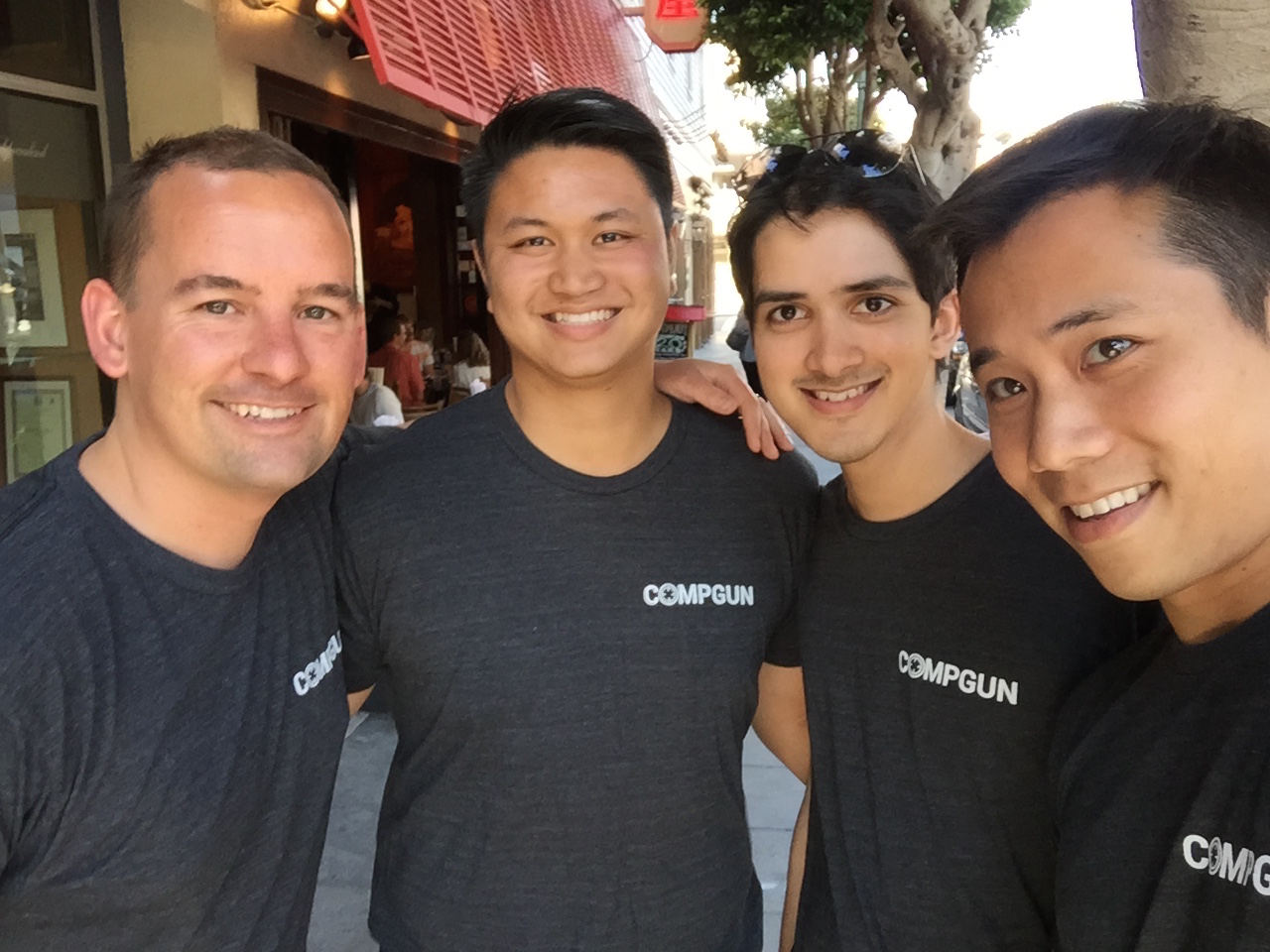 For a company with a large sales team (which, according to Seip, typically receive half of their wages as commissions), a cumbersome or expensive management system is a huge expense in money and work-hours. Experiencing a good deal of frustration with the available options gave Seip the idea that there was room in the market for a better, leaner option. After discussing the idea with Sze, they decided to take the plunge and start Compgun.

“I always had an inclination to be an entrepreneur,” he recalls, “but the catalytic moment was seeing a problem for which there was no good solution.”

After Hack Reactor, Seip worked for the shipping management company Keychain Logistics before moving on to AdRoll. With some professional engineering experience under his belt, Seip looked to his fellow Hack Reactor alumni to form his startup team. In addition to Sze, they brought on Andrew Ha, who, like Sze, graduated from Hack Reactor’s third cohort, and Rohan Pethiyagoda, who they had met through the Hack Reactor alumni network.

“It’s awesome we all have this shared experience,” Seip notes. “After Hack Reactor, everybody got great jobs at leading companies, learned a lot, and now they are bringing that knowledge into Compgun.”

Having a skillset that each team member brings to the table creates a level of shared trust within the group.

“Hack Reactor provides you with a mindset for solving engineering problems that you can transfer to solving all sorts of problems,” Seip observes.

Compared to working for a company, Seip finds the entrepreneurial life to be “way more fun and engaging. It’s high stakes. I work basically around the clock.” He also adds that he enjoys working in a tech stack chosen by him and his team, which includes PostgreSQL, React and Node.

“Before Hack Reactor, I had lots of ideas, lots of business execution skills, but no ability to code and no ability to use software to solve problems. Now I have the same business abilities but also the tech abilities to engineer and build the product.”

Want to gain the technical and problem-solving abilities to turn your ideas into reality? Apply to our program, online or in four major cities, today.