A team of three Hack Reactor recent alumni, Jon Sadka, Joe Lowinske and Mike Luby, attended a Yo hackathon over the weekend, and won the prize for most fun app with their game MarkoYolo. Yo, an app that does no more than allow users to send the word “Yo” to each other (with the option of attaching a link or location data), brought a lot of confusion when it was first released last April Fool’s Day, but it has proven popular, drawing tens of thousands of users and millions in investment money. Over the weekend, Yo invited developers to their headquarters in San Francisco to build products with the Yo API. 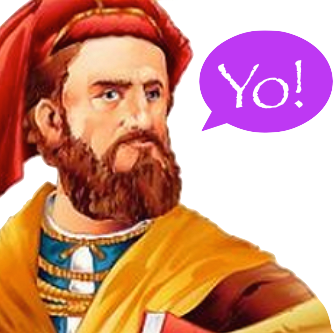 MarkoYolo, a game created by three Hack Reactor alumni at the Yo hackathon, won the prize for the most fun app.

MarkoYolo recreates the game Marco Polo, in which a blindfolded person tries to tag other people who have to respond “Polo”, every time someone says “Marco”. In MarkoYolo, the game operates through the audible “Yo” that emits from users’ phones whenever they receive a Yo.

“Whenever you get a Yo, you get a metallic ‘Yo’ voice coming out of your phone,” says Luby. “We came up with this concept of Yonar, instead of Sonar.”

As with Yo itself, the key to MarkoYolo was finding a fun, simple concept within Yo’s limited bounds.

“You can get the latitude and longitude of a given user,” Sadka explains, “and use that to calculate the distance between users.”

To play the game, users simply add @MarkoYolo as a friend on Yo, and each send him a Yo while standing in a ten-foot radius within 15 seconds of each other. Whoever sent the first “yo” starts as “it”. Of all the products built in the 24-hour hackathon, it was one of the only ones that didn’t require an additional app.

Thanks to everyone who came to the #YoHackathon! Hacked everything from Marco Yolo to a Yoaster! pic.twitter.com/k6ozpVlTVN

“It really exemplified the simplicity of Yo,” says Sadka.

The app was built with Node, Express, and the Yo API. The team took home $1,000 for winning the most fun app award. The contest was judged by a co-founder of Yo, and a co-founder of Quora, who also works as a Product Manager at Facebook.

“This was all possible because of Hack Reactor, which gave us the raw skills to do this,” Luby notes.

“We knew our strengths, and we could tackle things really efficiently,” Sadka adds. “Hack Reactor teaches you to work in pairs and groups, and we really leveraged that to our advantage.”

The trio has also been successful in their job search. Since graduating Hack Reactor a month ago, Luby and Sadka have taken jobs as full-stack Software Engineers at Indiegogo and Lever.co, respectively.

Want to take your coding skills to the next level? Apply to Hack Reactor, online or onsite, today!