Four Hack Reactor grads are ushering in the next generation of cat containment. This dedicated team has put in countless hours leading up to the prototype release of the FeLimiter 6000 cat containment robot. Cat herding will never be the same.

Like so many groundbreaking technologies, the FeLimiter was conceived from one person trying to solve a simple problem.

“I was getting ready for my third-round interview at Google, but I couldn’t concentrate because my roommate’s cats kept jumping on my keyboard,” says Hack Reactor graduate Andrew Daniels.

Daniels, longing for the intense focus he had with his team at Hack Reactor, texted Kim Thompson, who had worked with Daniels on his final project at Hack Reactor. The reply came before he had even put his phone back down.

“Me too! My cat’s curiosity is killing Curiosity!”

Thompson was referring to her job building software to analyze Martian soil collected by the Mars Curiosity Rover.

“If only there was a Curiosity Rover to herd my cat.” 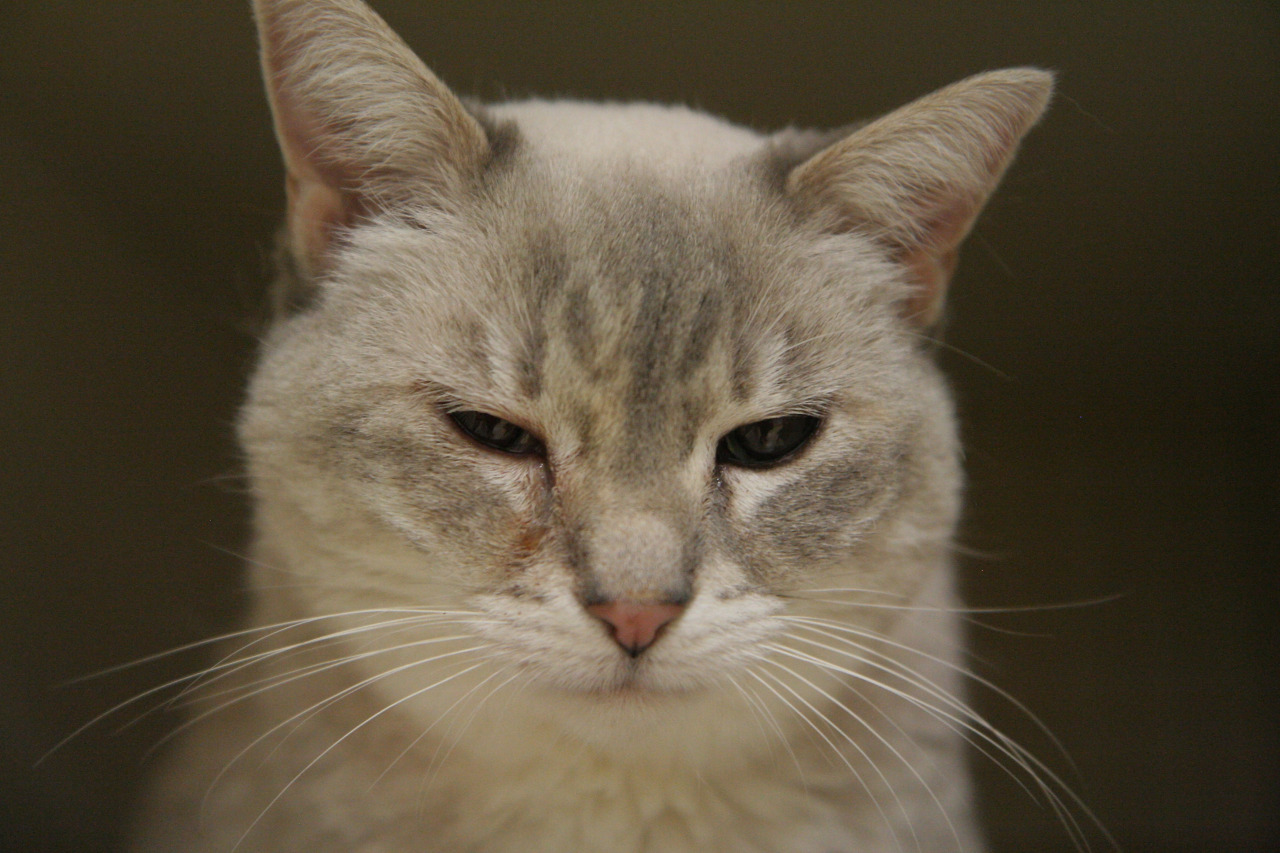 Thompson’s simple idea stuck with Daniels. After three days and a lot of thinking, he wrote an email to Thompson, and his other Hack Reactor final project teammates, Tommy Andrews and Danielle Kim.

“In the last twenty years we’ve gone from the Mac II to the iPhone 6,” he wrote. “But Cat Tech has barely moved beyond the string.”

That weekend, the four met in person at the Hack Reactor Alumni Lounge, and Daniels explained his vision.

“Within minutes, they were finishing my sentences and adding features I hadn’t even thought of,” he recalls. “We were united around creating a paradigm shift in cat herding.”

By the time they left, they had agreed to found a Cat Tech startup called Not Curious. Even better, they designed the features of the cat-herding robot that would eventually become the FeLimiter 6000.

“A cat has 330 degrees of range mobility, and that’s only considering a two-dimensional plane,” explains Not Curious CTO Danielle Kim. “The FeLimiter projects pictures of dogs on nearby objects to reduce that by more than half.” 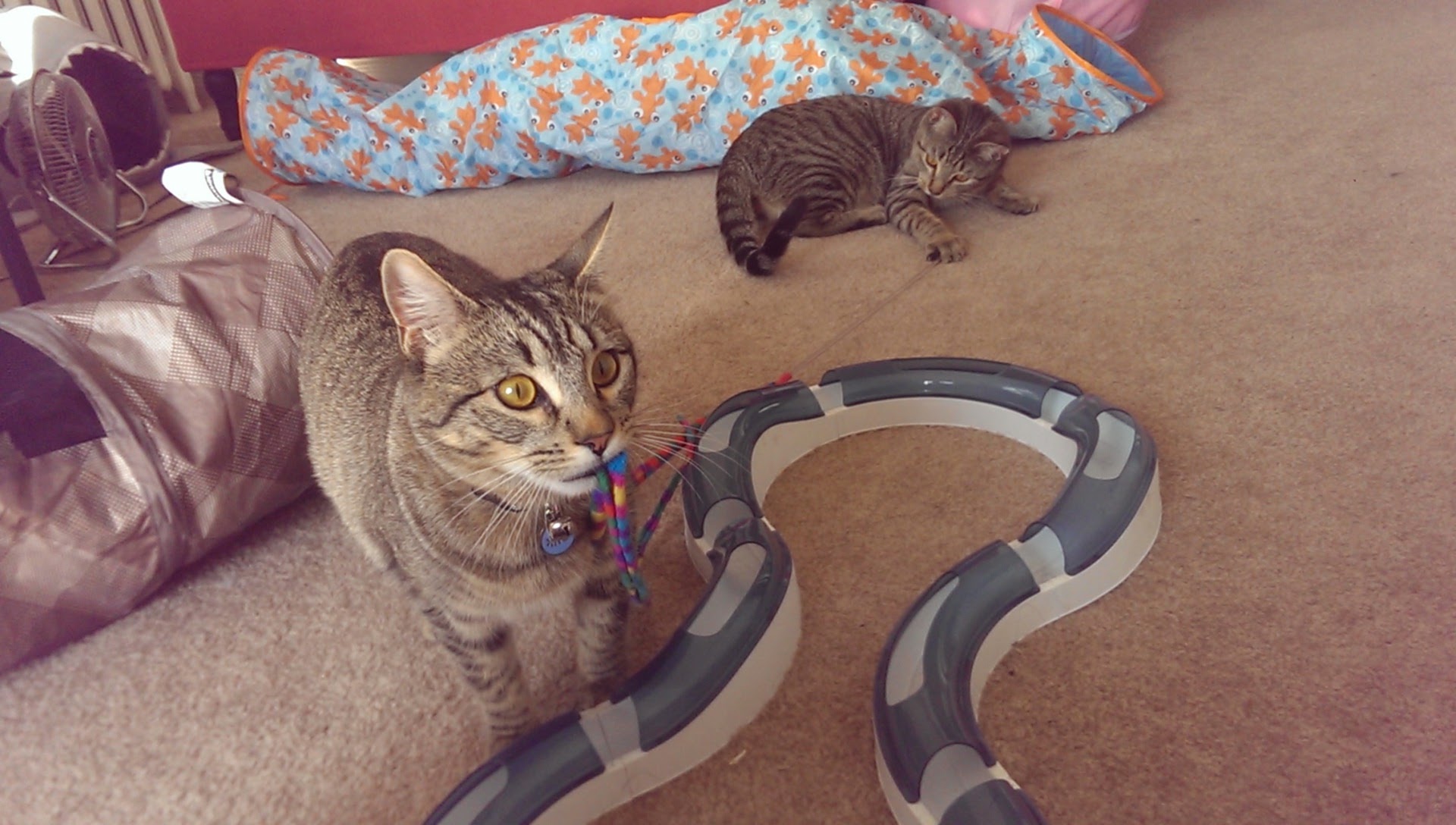 The interference patterns presented by multiple cats are exponentially more complicated than those of a single cat. Photo: Raka Ray

The FeLimiter 6000 allows users to establish a corral, in which it contains unruly cats. Andrews, Not Curious Chief Creative Officer, is working to improve this feature.

“We’re still trying out a few different corral models,” says Andrews. “We’re pretty corral-agnostic right now. It’s all about thinking like a cat. For a human, lasers are a deterrent, but for a cat they are an attraction.”

Another key feature of the FeLimiter 6000 is Sentry Mode, in which it prevents cat contact with the user. It does this by extending its arms, unrolling flags connected to those arms and rapidly waving them, while staying in between the user and the cat.

“Sentry has been our biggest success to date,” says Kim. “We might release just with that, and then add in the corral for the FeLimiter 7000. It’s worked perfectly in user testing. With the FeLimiter circling you and flailing its arms, you can work distraction-free.”

The group has already had promising meetings with investors. Venture capitalist Chris Preston called it the “most unique product I’ve seen in years.”

With Silicon Valley and much of the U.S. embracing cat-friendly offices, the need for the FeLimiter 6000 is obvious.

“I’ve tried it out a few times at Google, and it makes for a much more versatile working environment,” says Daniels. “I’ll turn on Sentry Mode to power through some work in the morning, then switch to Corral in the afternoon. By 3:00pm, I’m usually ready to let the cats do what they want.”

Our graduates are not just star engineers, they are technology innovators. The FeLimiter 6000 advances Cat Tech by leaps and bounds. Unlike cats, success for the Not Curious team cannot be contained.