Daniel Liebeskind, a graduate of one of the first cohorts at Hack Reactor, learned to code so that he would be a more dynamic entrepreneur. He has started multiple companies, including in the drone space (something he experimented with at Hack Reactor). For the last year he has been developing his biggest success yet: BODY, an online fitness class platform, already has hundreds of paying users, and has been accepted into the highly competitive Y Combinator startup accelerator fellowship program.

“BODY is a platform for creating and managing virtual fitness studios,” says Liebeskind. “Instructors can see and interact with participants. Students can take fitness classes from everywhere.” 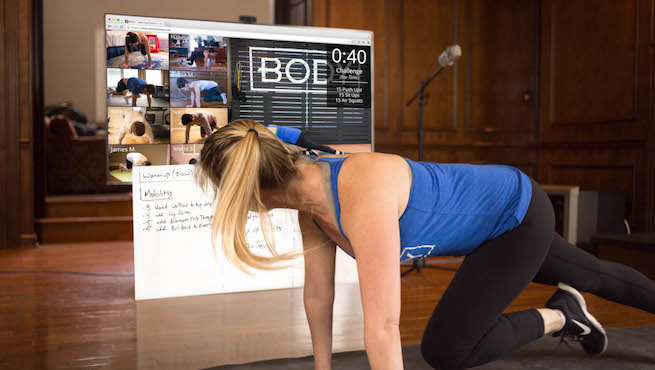 BODY, cofounded by a Hack Reactor alum, allows fitness instructors to connect with users around the world.

The idea for BODY came from an attempt to find a product like it. Liebeskind’s cofounder Justin Mendelson went looking for a way to teach fitness classes online and found there was nothing useful out there. Most online instructors were using a cumbersome mix of technologies for video chat, online payment and more. This presented a host of difficulties and the value of a dedicated fitness program platform became obvious. He and Liebeskind set to work, building the BODY platform using many of the technologies taught at Hack Reactor.

It's true - @HackReactor is awesome! BODY is built with #angularjs, #nodejs, #MongoDB and #firebase for signaling. https://t.co/4oLCGTLp5s

Once the platform was live, they found that BODY has huge value both for instructors and students.

“The real power users are people that have young kids and they have lost fitness as part of their routine,” notes Liebeskind, who adds that people who travel a lot are also big fans. “We’ve gotten unsolicited emails and texts from them telling us how it’s transformed their lives.”

The BODY platform compels users to sign up for classes, rather than simply waiting to have a spare moment. This scheduling, and the accountability that comes with it, helps users meet their own goals. As with in-person classes, users who tend to show up to the same classes consistently will get to know other students that do the same. Facebook integration allows for friends to find each other and join classes together.

“We have customers in the Midwest, New York, Europe,” says Liebeskind. “One of the most powerful things about the platform is you can have followers and users from around the world.”

BODY was accepted into the competitive Y Combinator fellowship, a program that provides mentorship and funding for early stage companies.

“The YC fellowship is perfect for early stage companies trying to figure out growth drivers,” says Liebeskind. He adds that Y Combinator has been through the minutiae of early-stage companies many times and can save BODY from reinventing the wheel for each point in the process.

As part of their Y Combinator fellowship, the BODY team has regular meetings with a mentor, Kevin Hale who founded Wufoo.

Now an experienced company founder, Liebeskind appreciates the value of a strong technical education in general, and Hack Reactor in particular.

“I wouldn’t have been able to do this if I didn’t go to Hack Reactor,” he says. “Hack Reactor really instills the ability to build on your own.”

Liebeskind is passionate about entrepreneurship, and Hack Reactor gave him the tools to build out his ideas.

“I’ve been building things and getting better and better. BODY is my biggest achievement so far. For anybody that is interested in entrepreneurship, the best way is to build something really ambitious and struggle through it. I could have been effective as a business cofounder who could speak the language a little, but before Hack Reactor I wouldn’t have been able to build something by myself.”

Have a startup idea? Get the skills you need to make it a reality: apply to Hack Reactor.

How This Alumna’s Dedication Made Her a Software Engineer