Although Andrew spent some of his early childhood on the East Coast and Midwest, his formative years were spent on the West Coast, in Portland, Oregon.

His first interactions with computers and programming were through video games:

“I was vaguely interested [in programming], although I just wanted to be a game designer. Because of this, computer science naturally came up as an option.”

But this was before Facebook and Google had popularized the position of software engineering.  Andrew recalls several things that dissuaded him from initially pursuing programming:

“One was a book I read called The Bug by Ellen Allman which painted a rather depressing picture of the life of software engineers. People working at IBM on obscure programming languages and it was not a fun culture and everyone was awkward and super nerdy. That was the impression I came away with as a high schooler. Also the notion of being in front of a computer 8 hours a day was not exciting.”

Andrew went into Civil Engineering in college, seeing it as a better overall fit for him. From there:

“I went through grad school down in Stanford doing sustainable design and construction. There’s where my interest in programming started to resurface. Stanford is one of the hubs for CS. It’s got one of the best programs in the country. It’s one of the hearts of startup culture. So there are a lot of people who are starting software-based startups, so there were lots of innovative ideas floating around. Meanwhile, I’m learning to work in an industry that requires I work at a multi-million or billion dollar company. The projects I would be working on are so massive in scale. There’s no startup culture in construction, not nearly as much innovation.” 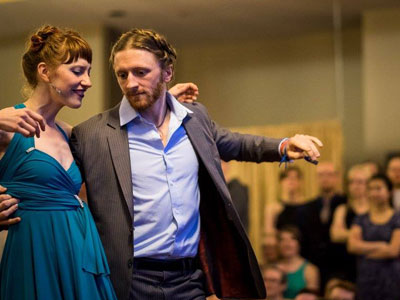 As an accomplished social dancer and traveling dance instructor, Andrew’s circle of friends centered more around dance, although software engineering had a place, too:

“There’s quite a few software engineers within the social dance community.”

Post graduate school, software engineering had become a much more sought after role:

“Software engineering became a more valuable position. I was looking for work after finishing grad school. I had taken a break to teach dance full time and was at a point where I wanted to be able to travel, to tour in Europe occasionally. I was hoping to be flexible about remote work and not give up my teaching career. I found I really needed to have both.”

But Andrew had little luck in finding such a role in construction that allowed for remote work:

“At all construction companies, as soon as you say remote work, it gets cold in the room. It was clearly becoming the wrong career option for me. They weren’t hiring for the roles I wanted.”

After moving to New York City to make a living as a dance instructor, his life seemed to turn upside down:

In that moment of despair, Andrew lamented to a friend, someone that worked at Mozilla:

“I was like, ‘I feel like I really missed the boat. I considered programming and decided against it. I could’ve done it. Now, that path would’ve led me to work at Facebook or Google or whatever, getting paid way more and being able to work remotely.’”

“He said, ‘You can totally do that still. You don’t need a degree. If you studied really hard for a year, you could get an internship somewhere.’ Him being so confident in that was really what piqued my interest in software engineering.”

“Because of where I was in my life, I needed to feel I was progressing in something. That’s why I latched onto it so much. I felt like I could create and practice and get better at it, be improving my skills. And I had the time.”

He self taught for 2 years, taking courses through Stanford Engineering Everywhere and Coursera.

“I made it through what might be half of the core curriculum for a CS program.”

Coming off of this, Andrew did a software engineering internship with a sustainability company. But he became very aware of his limited abilities:

“I knew how to program and work with algorithms and data structures, yet I was still struggling to build useful things. Learning languages such as Java and C++ was so valuable, and also was super hard to build user interfaces unless you really knew what you were doing. Web was clearly becoming a winner in terms of where a lot of software was going. It was a way to build things that others could interact with.”

He rationalized his learning options: “I had the choice. It was clear to me I could’ve continued to self teach to learn all the platforms of web apps and web development. But it probably would’ve taken me longer. Hack Reactor said I would be able to learn from the best of the best with top-notch instructors and really dig into it and become much better educated. With this path, I thought I would probably be able to come out further ahead. It would be faster and help me achieve my goals sooner. In my mind it was worth it.”

“I was setting aside a time and space to really dig in in a way I never had before, to breathe it constantly. I wanted to take as much advantage of this learning space as possible. I wanted to push myself in a way that was unsustainable, but I knew I could manage it for 3 months to have an even higher acceleration rate in learning.”

Although he didn’t spend much time away from campus, he had to sleep. His living arrangements while in the Bay Area were varied and frugal:

“Because of dancing I have a very large network of friends. I crashed on people’s couches. I eventually found a spot in Oakland. A lofted storage space in a person’s office. Because I was never there in the day time it was no impact on them. I paid a nominal rent fee for them and they were happy to have me stay there, and I appreciated having the community to keep me sane. I was very lucky to have generous friends offer me temporary housing.”

Andrew admits he did not connect with people as well as others in his cohort: “I saw others connecting with each other more than I was.” He was disappointed about this, and offers advice for those coming in: “Although you should work hard, be sure to take time to connect with your cohort. It is so valuable to connect with others going through the same experience as you.” Andrew’s biggest learning win:

“Working in groups. Software engineering is a group-based activity. I wouldn’t have been able to do this otherwise. Having 3 different projects to work through in groups of 4, getting to practice git flow as part of a team, dealing with agile practices, all of that, knowing what it’s like to code as a group is a special skill. It gave me a lot of compelling stories I could then use when I was doing interviews. When an interviewer would would say, ‘Tell me about a time when you did blank,’ I would be able to give them an example based on my experiences coding in group projects.” 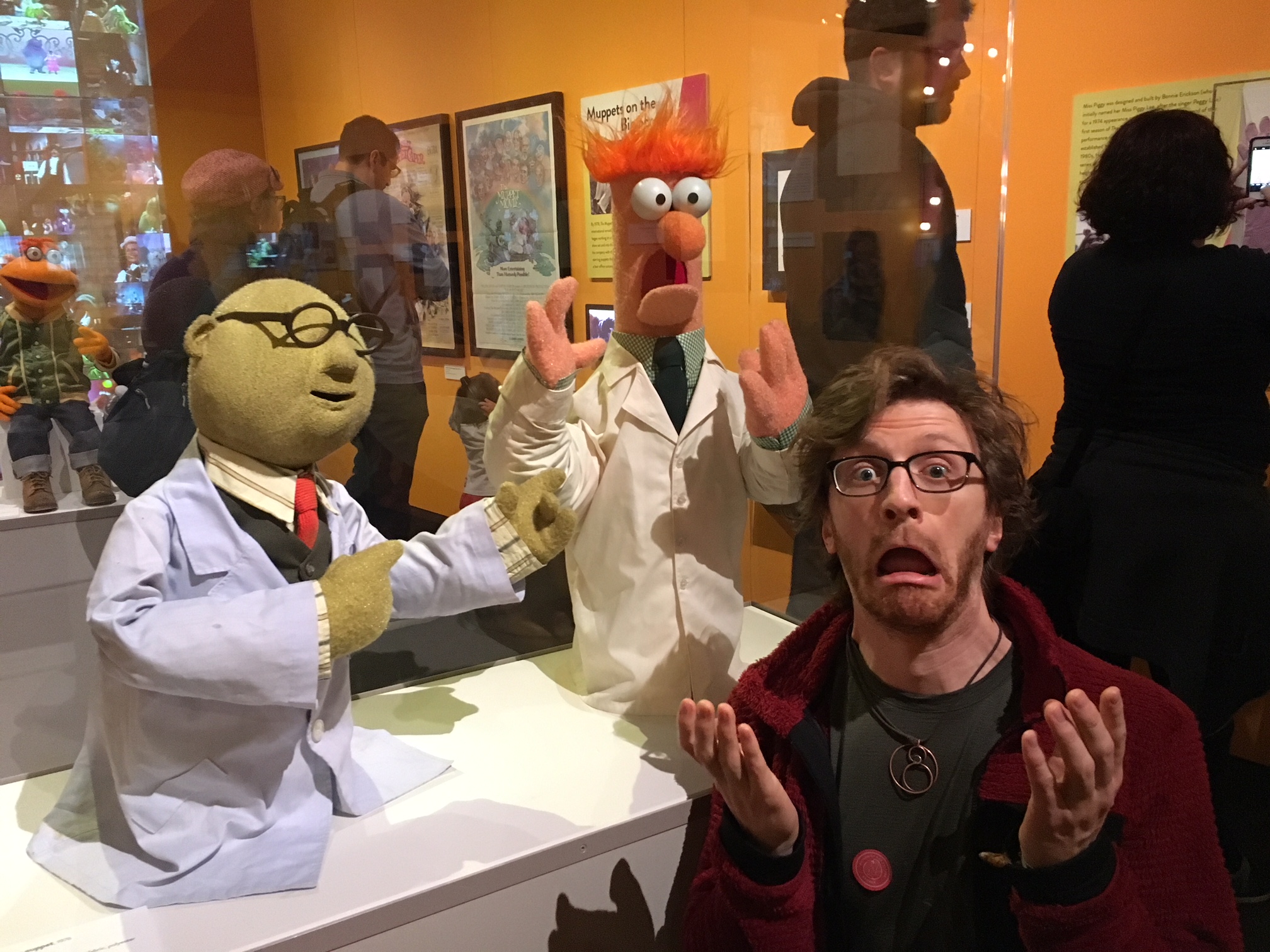 “The job search for me was really fun. I enjoy algorithms, whiteboarding and interviewing. Because I’m a teacher, I’m really comfortable being in front of people and representing myself, telling stories.”

His rigor in the job search and his presence while interviewing paid off:

“I got something like 10 offers by the end of it in 2 months of job searching. I narrowed it down to 3 companies that were all great for different reasons. One was in Ed Tech, one was a sustainability company, one was up in Seattle with AWS (Amazon Web Services).”

AWS won out, according to Andrew, for a number of reasons:

“There’s something about working for them for a year or more to show on my resume that I really have the same caliber as people that come out of a regular CS program. If you can cut it at Amazon, you can make it a lot of places.”

Andrew was offered a position at AWS that required 8 years of job experience in the job description:

“They knew I didn’t have 8 years of experience, but they hired me anyway, because they trusted I could deliver. There’s a high bar. You have to perform at a high level and you have to deliver. I do well with setting high expectations and coming through on them. I definitely worked really hard and was focused while I was there.”

Eventually, Andrew left the company to accept a role with Transparent Classroom, an online platform for Montessori record-keeping and school management.

The company is small and nimble:

“We have 6 people. It’s exciting to work in a team of like-minded individuals. I really enjoy where I work. It’s wonderful to practice in an environment that is the best fit possible for me.”

Andrew continues to practice, putting in his “proverbial 10,000 hours”:

“Each day, with every year, I look back at older code and think ‘What the hell was I thinking?’. I’m certainly still progressing at a high rate.”

Looking back on his journey to get where he’s at, he has advice for incoming Hack Reactor students. First up:

“I saw a lot of people trying to live in a balanced way while at Hack Reactor, so they’d go home at 7PM because they have a family or just wanted to not work all the time. That’s fine, but you definitely get less out of the experience. The people who stayed late, attended all the After Hours talks, and worked on Sundays, those people progressed the most. If it’s possible, I recommend people consider just living out of balance for the 3 months and then the 2 months of job hunting. Just accept it’s going to be a lot of work, way more than is sustainable, and treat it like a long sprint.” 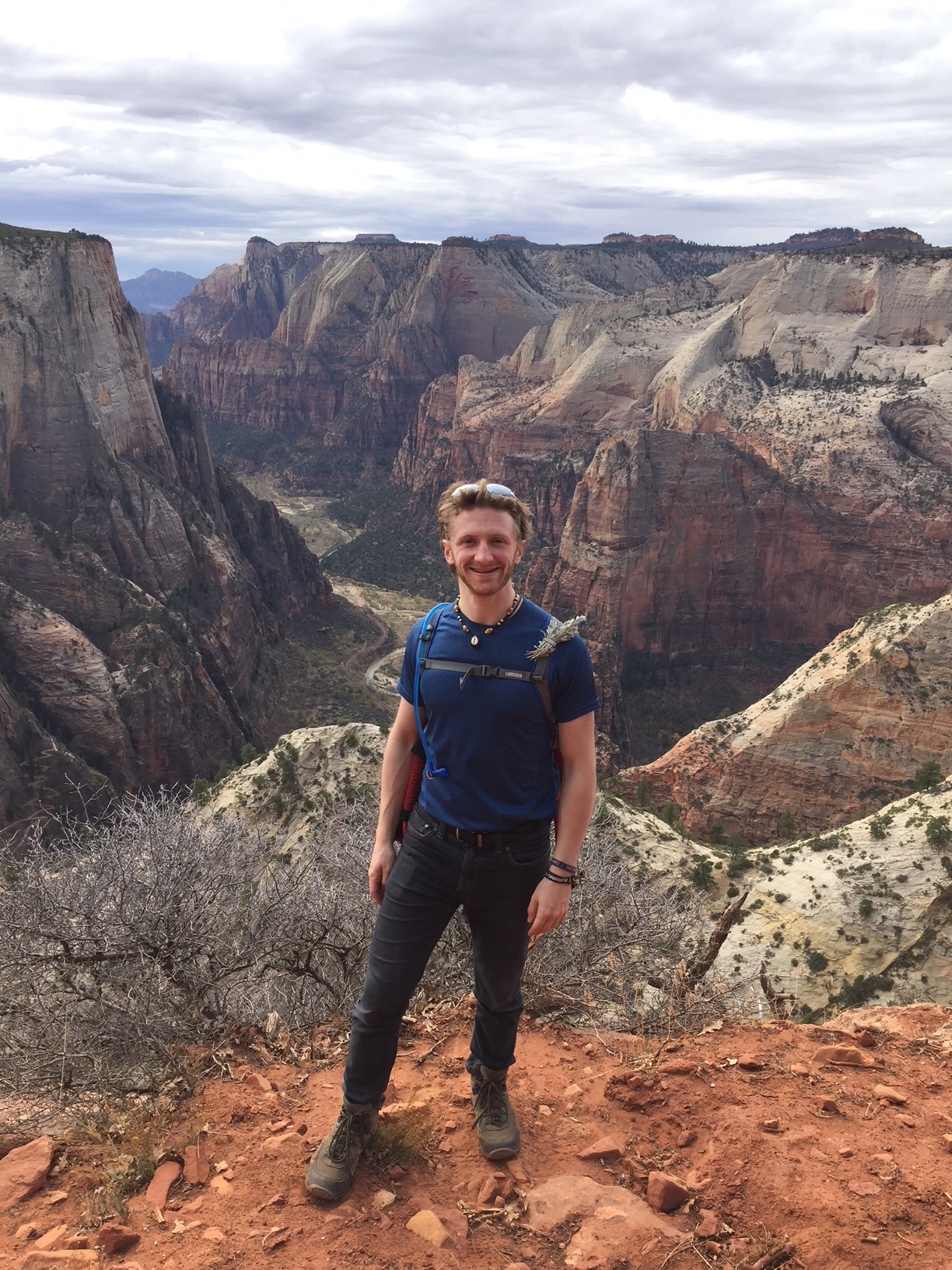 “When you’re job hunting, you are at a disadvantage because you really don’t know a lot. You will know more than pretty much any bootcamp grad I’ve ever seen, though. Hack Reactor has had the best caliber of people coming out of bootcamps in my opinion. But in the grand scheme of things, you really still don’t know anything. Be humble, curious, and inquisitive. Think about how to showcase your strengths and be honest about what you don’t. You’re at a technical disadvantage, but what is really compelling to employers is to demonstrate all the other skills you have around working hard, being dedicated, meeting expectations, demonstrating ownership, etc.; all the skills that earn trust from the employer. ”