“Coding combines that part of myself that needs to be creative with my analytical side.”

Brittany Star, who graduated from Hack Reactor Remote in 2016, interweaves her urge to create with her love of problem-solving through coding. Currently working as a front-end software engineer at Graphic Language, Brittany is happy that JavaScript provides a framework for her to create her vision.

Brittany grew up in Kansas City, MO, but she moved to Arizona with her family at fourteen. She has been there ever since. In school, her favorite subject was English, and she has continued to be a prolific writer and voracious reader throughout her life. Though Brittany worked with websites during her childhood, she did not work in the industry until several years after graduating college.

While working at Banner Health after graduating college, Brittany was drawn back to software development by one of the company’s business analysts, who noted Brittany’s problem-solving abilities and had her working both with databases and front-end development.

After becoming frustrated by her inability to code her ideas with the limited tools offered by HTML and CSS, Brittany began to learn JavaScript through Code Academy. Within three months, she was looking at boot camp programs to upgrade her skills. Though she considered both App Academy and Fullstack Academy, Brittany was drawn to Hack Reactor by its fantastic outcomes and student reviews. She began Hack Reactor Remote in 2016. 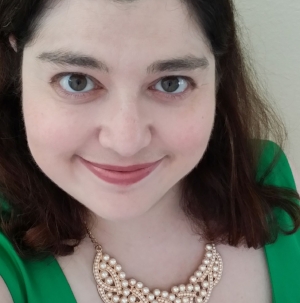 Though Hack Reactor was intense, Brittany was able to struggle through it with the help of her cohort mates and her counselor, Cara Bernstein. Cara’s office hours allowed Brittany to vent her concerns and prioritize her self-care throughout the program. She also connected with Kat and Ivey Topaz, who were seniors when she began, and HIRs when she was a senior herself.

Brittany was widely regarded as a great software engineer and teammate during her time at Hack Reactor. According to Cara Bernstein, “Brittany came to HRR with a goal to transition from health insurance administration to Software Engineering and to make a major impact on her life as well. She identified working in a team environment as one of her goals during her time at HRR. Brittany worked on not only figuring out effective ways to work with others but also how to be an effective and loved teammate as well. Brittany brought her organization, desire to learn and grow from every experience during HR, and her sense of humor to her pairing, group work and the cohort as a whole.”

Brittany said that Hack Reactor brought no surprises. “It is incredible how fast-paced it is, but HR is really good about setting expectations.”

Brittany’s thesis project was planEats, a recipe and meal-planning app where users could set up an account, add in custom recipes, add recipes from the site into a custom recipe book, set up meal plans and add meals to Google Calendar, and much more. She is still in touch with her thesis mates to this day.

Brittany’s dream job when she began Hack Reactor was to work at Uber. She had been heavily influenced by Martha Kelly and her transition from art to an engineering career. However, she realized that working at a big company in San Francisco was an arbitrary measure of success, and she chose instead to work remotely for various non-profit and commercial organizations.

“The front end is so vast now that I do not feel pigeonholed.”

Brittany realized that freelancing worked best for her, as she could try out various companies for 3-4 months before committing. Though the job search was stressful, Brittany was able to find her first job at Alliance For A Healthier Generation after only one month of searching. Even the negotiation process was relatively stressed free thanks to the help of Brittany’s outcomes counselor, Crista Wray.

Four long-term contracts later, and Brittany is working full-time at Graphic Language, which creates custom websites for homebuilders. She started on contract there last December and began full-time in February.

In her spare time, Brittany is also working on personal project apps and is learning Vue (which she loves as an un-opinionated MVC framework) and GraphQL. She hopes to become a lead engineer in the near future. 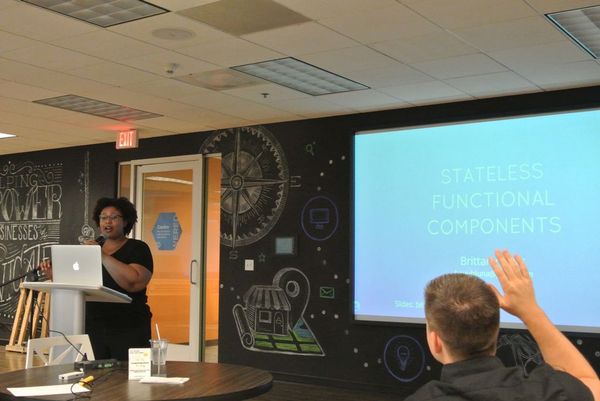 Outside of coding, Brittany still enjoys writing, reading literary fiction, and watching films. One of her goals for this year is to begin publishing a personal blog. We all look forward to seeing it!

When I asked Brittany whether Hack Reactor changed her life, she replied “Of course. That was the point.”

The goal of becoming a software engineer seemed insane to her at first, but the curriculum and support system provided at Hack Reactor allowed her to thrive.