After spending three years as professional software engineer, a graduate of Hack Reactor’s first-ever cohort will spend 2016 using his skills to improve life in a major American city. Mark Rossetti was selected as a Code for America fellow, and will spend the next year working with two other fellows to create public services within their assigned city, or to improve access to existing programs.

“When the year begins, projects are in the form of problem statements, and it'll be a significant part of my job as a fellow to propose a specific solution to be executed on by the end of the year,” Rossetti explains.

Final assignments have not been made yet, but Code for America fellows will work in New York City, Kansas City, New Orleans, Seattle, Long Beach and Salt Lake County. Wherever he ends up, Rossetti is excited to delve into a city-sized project.

“I've long been fascinated by the operation of cities. They're one of the most complex things humans have ever built, and their operation defines the style and quality of billions of people's lives.” 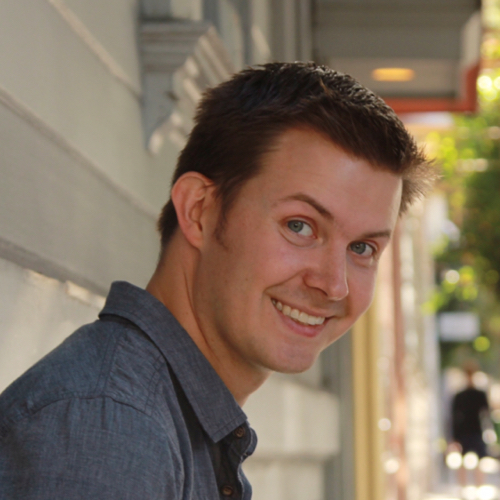 Mark Rossetti, who has long been fascinated with cities, will use his skills as developer to make one major American city a better place for one year as a Code for America fellow.

Rossetti looked into a number of organizations, both public and private, that work at the municipal level. This research helped him understand how nuanced cities are, both in terms of infrastructure and policy, and the challenges of creating lasting change. Code for America appealed to Rossetti due to its track record of creating marked improvements, and its community of civically-minded people that he is now a part of.

On the cusp of starting his fellowship--which could mark a significant transition (Rossetti says that there’s a good chance he will follow Code for America by working for years in urban development), Rossetti sees his three months at Hack Reactor as an inflection point in his career.

“Attending Hack Reactor was a watershed moment for me, for reasons that were as much personal as technical,” he notes. “It comes down to fearlessness and communication. Fearlessness in facing new and daunting problems with the confidence that I can solve them, as I've solved hundreds of uncharted problems before, coupled with the ability to work well with others, taking the time to both explain and listen while building. These are the skills from Hack Reactor that continue to move me forward in my career.”

The shift into urban development marries Rossetti’s interests and his general sentiment on how we ought to use our technological progress and know-how.

“It's important for the community to remind itself that technology, and web services in particular, are not inherently good, or even a clear indicator of progress. Technology is a tool, and it is the quality of the problems that we address that makes our work worthwhile.”

Rossetti encourages other software engineers to think about their potential to use their skills to help thousands of people. Often this means venturing outside the traditional paths taken by developers, but can lead to incredibly satisfying work.

“I think government technology is a great example of an under-appreciated realm largely outside of the present tech community discourse where software developers can make a huge positive impact. There is so much for the world to gain by web developers working with ‘non-tech’ industries, and I think civic development is a great place to start.”

Want to rapidly gain skills that can make the world a better place? Apply to any school in our network today.