Rather than proceeding with a conventional job search, soon-to be graduate Mark Bennett will instead work as a developer for a startup in Detroit while learning entrepreneurial skills through the organization Venture for America (VFA). VFA seeks to address two problems simultaneously: the first is that areas looking to establish a startup community often have trouble drawing top talent away from Silicon Valley. The other is that people who want to launch their own startup generally don’t have any real training in entrepreneurship. Venture for America provides training to people interested in entrepreneurship, then pairs them with startups in cities outside of the major economic hubs.

“I came to Hack Reactor because I want to be really strong and capable on the tech side, and I got that and more here. I also have always wanted to pair that with being really strong on the business side. I want to build up the skill set so that if I have an idea I want to run with, I’ll be highly capable.” 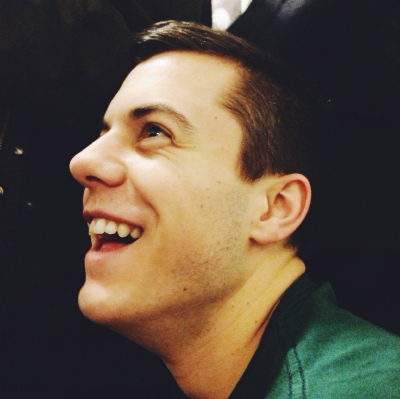 Mark Bennett will soon graduate Hack Reactor, receive entrepreneurial training, then work for two years with a startup in Detroit.

After a five-week training at Brown University, Bennett will move to Detroit to begin a two-year stint with a startup called Social Proof. This company, launched in 2010, works with small businesses to turn their existing online footprint into a coherent and effective marketing campaign. More than the company’s focus or location, the people behind Social Proof is what drew Bennett to them.

“The biggest decision point was just being around the team,” Bennett notes. “They’ve got 12 people so far and they have an energetic, smart team. They’ve had a couple iterations on their product and have learned a lot through failing fast. They’re excited about being part of the product environment in Detroit.”

Bennett notes that while some VFA fellows plan to immediately launch a startup upon completing the program, he is currently focused on acquiring the skills he’d need to be a successful entrepreneur.

“Part of what that resonates with me about VFA,” says Bennett, “is that right now, your only real choice for a place to have a rich entrepreneurial environment is Silicon Valley. What is better is a country in which there are all these little startup hubs, and it’s not just dominated in one coast or one city. I think there’s something compelling about trying to create these communities in other places.”

As for his experience at Hack Reactor, Bennett was taken with the incredible pace of learning.

“It’s been great,” he says. “Definitely one of the most intense and present experiences I’ve had in my life. I’ve never experienced learning at such an accelerated rate before.”

This education has Bennett prepared to make a difference for a company on day one.

“I feel very confident walking into my job and being able to add value to a young team. Even having done a little bit of coding before Hack Reactor I wouldn’t have anywhere near the competence or confidence.” With graduation just days away, he adds that he’s “super grateful that Hack Reactor has such a lifelong commitment to its alumni.”

Want to elevate your Software Engineering skills at an incredibly fast rate? Apply to our intensive program, online and in four major cities, today.