Hack Reactor’s alumni program, HRX, held its first ever Startup Weekend, where participants pitched ideas, formed teams, built out business ideas, validated them in the market, and presented them to industry leaders in one action-packed weekend. Alumni of every local Hack Reactor Core partner school and our online program were invited to participate, as were members of the Australia-based project Startup Catalyst, which coordinates an annual trip of 20 tech entrepreneurs to Silicon Valley. In all, 75 people participated, over 25 ideas were pitched and 10 teams formed to create the most impressive products they could in 54 hours. The weekend was sponsored by frogVentures, Kohler Law Group, Peerspace and Startup Catalyst.

The weekend began at Hack Reactor on Friday evening, with participants pitching business ideas and forming teams, and a keynote speech from Matthew Douglas, Cofounder of Practice Fusion. Once everyone had found a group built on an idea they liked, teams began drawing up high-level designs for their startups.

“The main focus of Startup Weekend is the business model, the pitch, and finding customers,” says alumnus Shanan Sussman. 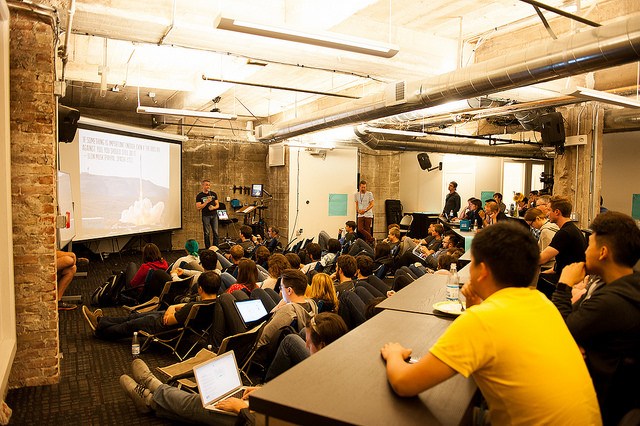 After drawing up plans until 11:00pm, the teams were back at it the next morning. On Saturday, teams worked away at their ideas from 9:00am - 11:00pm with breaks for meals, check-ins and mentor consultation.

“Pretty frequently advisors would drop by and ask pointed questions about your business model, trying to pick holes in it,” says Sussman. “In the end, you gain a more thought out business model.”

On Sunday, teams finished up their work and moved on to presentations. Each team presented their idea to a panel of judges, which included alumnus and Mission Bit Founder Tyson Daugherty, Frog Executive Director of Global Strategic Partnerships Rika Nakazawa, and Steve Baxter, who evaluates startups on television as a “Shark” on Australia’s “Shark Tank”. 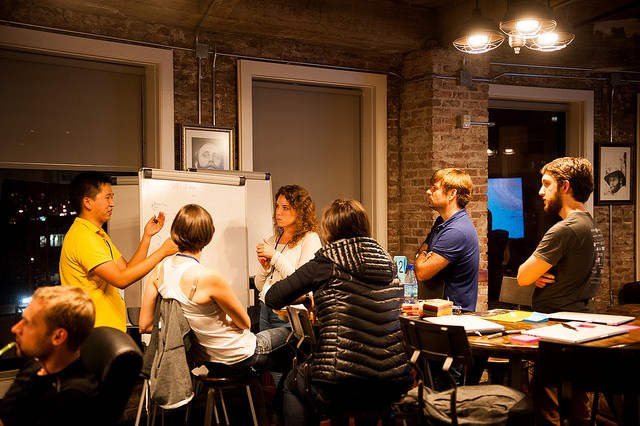 Teams hacked away at their ideas into the night.

Sussman’s team won first prize for their product, Gradient, which is a suite of security tools for developers. The team, which included four participants from Startup Catalyst and one, Eli Xian from Hack Reactor’s Remote Beta program, won lunch with Hack Reactor Cofounder Marcus Phillips and legal consulting from Kohler Law Group.

“The idea was to create a security company with the premise that hackers typically break into websites using tools and methodologies very differently oriented than what developers expect,” Sussman explains. “We are going to take some of the high-end research and wrap those into a suite of tools that developers can use.”

The Gradient team’s market research found that startups were generally unwilling to spend their limited budget on extra security measures, but enterprise companies, which have invested millions or billions into their product have the funding and motivation for such a service. Though the team is divided by location, there has been some talk of continuing to work on the idea and launching a company.

For Sussman, who is currently in our apprenticeship program, the weekend was a chance to hack away at a project and connect with other alumni who had been through the same three-month experience as him.

“I absolutely loved Hack Reactor,” he says. “It’s one of the best life decisions I’ve ever made.”

See product presentations and more images of Startup Weekend on this Storify presentation.

Want to connect to an incredible network of entrepreneurs, thought leaders and engineers? Apply to any program in our network, today.