Cofounder Shawn Drost spoke at the career and networking conference Hirepalooza on a panel titled How to Go From Intern to CTO. Hirepalooza is a staple event put on by DevNetwork and is San Francisco’s largest hiring event. Drost, joined by Galvanize VP of Academic Excellence Jonathan Dinu, Bitcasa’s Head of Human Resources Alina Steinberg Baugh, and Zendesk’s Engineering Director Jason Smale, spoke about how to fast-track one’s career as a developer.

Drost pointed out that there are certain paths one can take to maximize their chances of becoming a company’s Chief Technology Officer.

“There are two main ways to become the CTO of a company,” Drost explained. “One is to start at a growing business and work your way up. The other is to start your own business. The second one is easier.”

Drost has advised hundreds of Hack Reactor graduates on how to proceed down these paths.

“I tell a lot of people to aim for a quickly growing company,” he noted, explaining that this situation has the potential to turn into one in which the employee has a central role at a large company. “A lot of people want to be a founder and that’s one way to have part of that [CTO] experience from the beginning.” 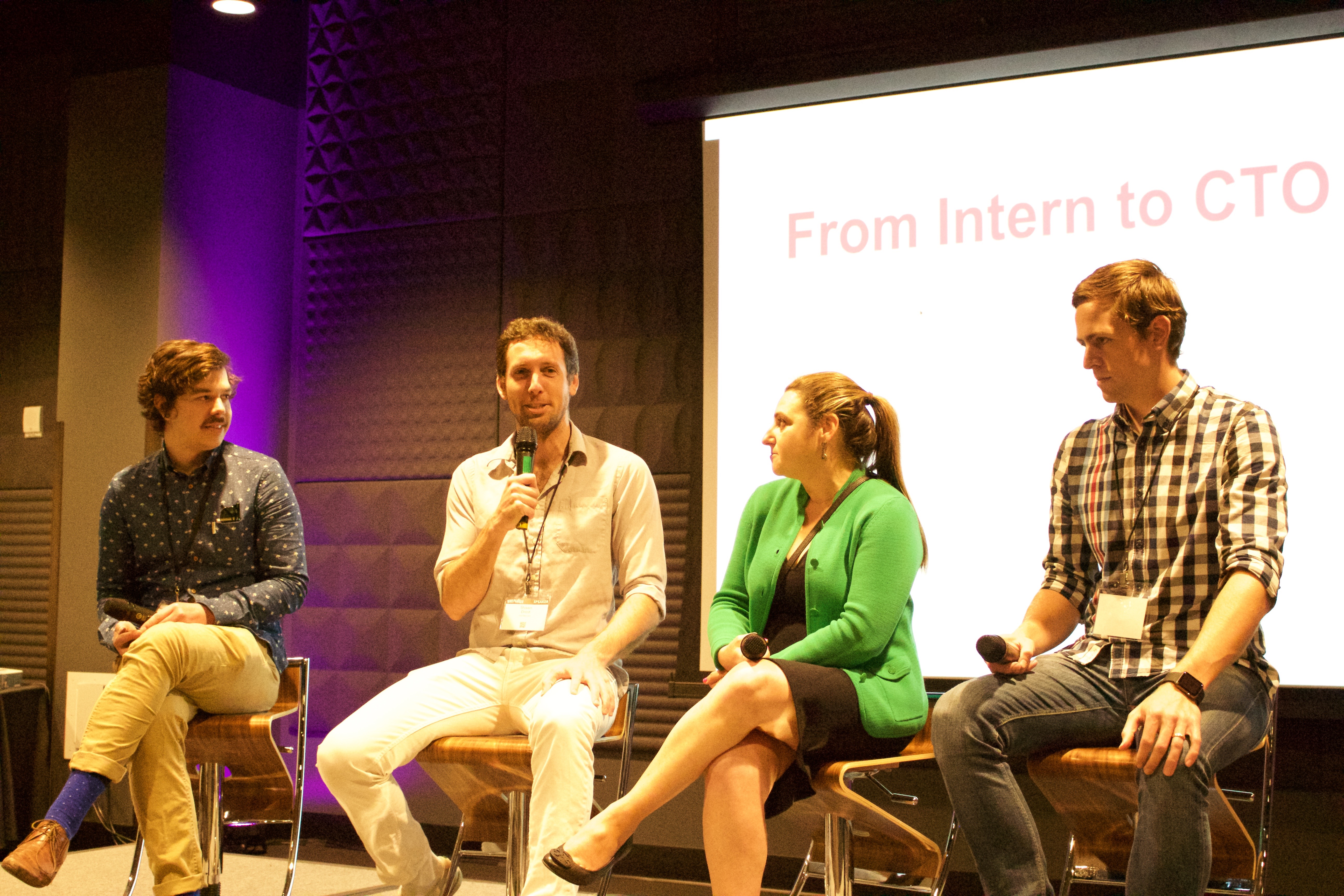 From left, Jonathan Dinu, Shawn Drost, Alina Steinberg Baugh and Jason Smale spoke at Hirepalooza 2015 on How fo Go From Intern to CTO.

One advantage to finding a growing company is that they have a reputation for being meritocratic. Baugh noted that while having a degree from Harvard, Stanford or MIT doesn’t hurt, strong engineers can find situations where they only need to care about their abilities, not their resumes.

“Small companies care about if you can do the job and are passionate about the project,” she said.

Drost also spoke about how to shape one’s role to grow quickly within an organization.

“You want your project to be the thing that determines the company’s success for the next six months,” he said. “The attributes you’re looking for are complicated and valuable.”

There was also a discussion about whether one should seek out a management role.

“Along the way I saw the opportunity to build a team to do something instead of doing it myself,” said Smale, explaining how he ended up in his overarching role.

The event provided a chance for thought leaders in the tech sector to discuss some of the facets of employment, career growth and company culture. At Hack Reactor, we work to instill a mindset of growth and collaboration in our students and employees, to continually exert a positive influence in the tech world.

Want to be part of our growing community of founders, technical mentors and engineers? Apply to our program, online or in four major cities, today.