Jeff Bentler grew up in Bellevue, WA. He still lives there today. Growing up, Jeff had no idea what he wanted to do until he saw the film Coach Carter. At the end of the film, the coach’s son, and the most academically gifted of the students portrayed in the film attended West Point. Jeff did not know what West Point was, so he decided to look it up. He found out about the military academies and decided he wanted to be a military pilot. After getting accepted into West Point, Annapolis, and the Air Force Academy, Jeff left the Pacific Northwest for the thin air of Colorado Springs and the United States Air Force Academy.

During his freshman year, Jeff was diagnosed with Chiari Malformation, a brain disorder that affects physical balance and can cause headaches, neck pain, and depression. After only one year at the Air Force Academy, Jeff was medically discharged. He chose to return to Seattle to study materials science engineering at the University of Washington. Oddly enough, two of Jeff’s closest friends from school had also transferred to the same university for their sophomore years.

Jeff enjoyed living near home, but he lacked direction and had a rough time with the large class sizes at Washington’s flagship public university. He managed to graduate but without distinction. After taking a series of odd jobs, including a stint as a commercial electrician (a job offered to him at a wedding by an uncle, who never expected Jeff to take the job), Jeff decided to take a career test before work one day. 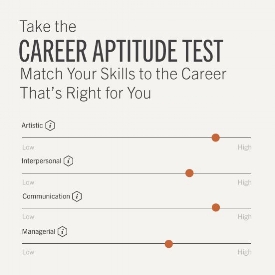 Apparently, Jeff was perfectly suited to be a software engineer. Oddly enough, Jeff had taken a Java course during high school, but he did not particularly enjoy it, enamored as he was with physics, and later chemistry during college.

About a week after Jeff decided to learn to code, a friend mentioned Hack Reactor. From that point on, Jeff studied hard to be able to attend, and he interviewed after a couple of months. Though he did not get in on his first try, Jeff was accepted after his second interview.

Though Jeff expected the lack of handholding at Hack Reactor, the required autonomy made it difficult for him to understand the back-end for quite some time. However, after struggling for half of the course, all that he had been learning finally kicked in.

Several people dropped out of Jeff’s cohort at the beginning, but Jeff made sure to single-mindedly focus on the finish line. In addition, he prioritized his self-care by running every day and making sure to at least occasionally get out of the house.

For his thesis project, FocusPro, Jeff, and his teammates created a productivity app where users could keep track of goals. Through the app, users could input sites they did not want to spend time on, and a Google Companion app would keep track of the amount of time spent on those sites.The app could also block users from particular sites for a specified amount of time or indefinitely. Jeff focused on the front-end of the project and was proud of his status bar, which was highly usable and looked amazing.

Jeff thought the job search would be a piece of cake because he was in Seattle. Boy was he wrong! Jeff managed to land a lot of phone screens and even onsite interviews, but, in his own words, “he bombed every one.” Jeff realized that he had focused too much on just getting through Hack Reactor and not enough on learning the material.

After about 6 months of job searching, Jeff was able to land a contract job at a Seattle startup through a friend. Though the pay was around minimum wage, it was remote, which allowed Jeff to move in with his brother and sister-in-law in Idaho. During that time, Jeff found God and became a follower of Christ, and “the flood gates opened up.” Jeff was invited for a job interview in Seattle and received the job on the spot. His jubilation caused him to immediately call his mom, then his dad, and then his brothers. This was the first job that Jeff had received through an interview in six years.

Jeff was even able to replace himself at the startup he was previously at with one of his thesis mates, who needed a job but also the flexibility to finish her schooling.

Jeff is now a Salesforce Engineer for Slalom Consulting. Jeff had to attend another boot camp, which they called the Salesforce Academy, before starting the position. Luckily, this time, they wrote him the check. Eight out of ten of those selected made it through the Academy. Jeff was one of them.

In addition to programming, Jeff spends time fishing on Lake Chelan, hiking, and participating in his community and church. After completing Hack Reactor and finding a job, Jeff has the confidence to shoot for an even bigger goal: to go to the Academy Awards within twenty years. He has no idea how to go about starting, but he knows that big dreams are possible.

Recently, a friend at Jeff’s church bible study group asked him about Hack Reactor. She has just begun to climb the proverbial mountain that is learning to code and wanted to know if it was worth it.