Jeffrey is a self-proclaimed millennial. In his eyes:

“Growing up without the Internet is hard to imagine.”

The image of a hacker has always been something over which he obsessed. But he didn’t study computer science in school:

“I majored in economics in college. So that kind of pulled me away.”

Born in the Northern California, Jeffrey was schooled for a time in Taiwan, giving him fluency in two languages. He moved back to the States after grade school and earned his Bachelor’s Degree at UC Riverside.

Fresh off of undergrad, he got a marketing job at a semiconductor company in San Jose.

“I did a little bit of everything, starting off with marketing. But the image of a being a hacker resurfaced. So I asked my manager if I could do something related to coding and was lucky enough to switch to a webmaster role. I helped the company revamp their website by working closely with another senior webmaster.”

He had no work-related programming experience. But he challenged himself to learn.

“Learning programming on my own was challenging. When I had a question, I didn’t always have someone next to me to ask. Even though there are tons of resources out there, it was still overwhelming.”

“However, when I was given the webmaster role, I was very excited to work on something I’m interested in. This motivated me to make my manager proud. So I signed up for an online coding bootcamp called Viking Code School, a learn-at-your-own-pace class to get better. I took classes after work and applied everything I learned at work.”

Two months later, around the time he finished his online course, Jeffrey proudly redesigned the company’s website and his manager was quite satisfied with the end product.

Soon after, Jeffrey realized programming is a viable career path.

He researched San Francisco bootcamps while continuing learning JavaScript on his own. But above that, he made the “go all in” leap by quitting his job before he was even accepted into a bootcamp:

“It definitely wasn’t the safest career move, but I knew it would push me to work like I never have before.”

Jeffrey applied for most every San Francisco-local bootcamp and studied diligently every day in preparation for one to accept him into their program. To his surprise, he got accepted into all the bootcamps he applied to. With a big choice to make, and chose Hack Reactor.

“I surprised myself by getting accepted and was excited.”

But commuting from San Jose would not prove to be easy.

“Getting to class on time, I had to wake up at 6am everyday, and BART from South Fremont to Embarcadero. Not coming from a tech background, I had a lot to learn, so I would typically stay after class until around 11PM. The whole commute took 2.5 hours a day. By the time I would get home, I’d go to bed and do it all over again. 6 Days a week. In a month and a half in, I was completely burned out and was not performing as well as I wanted to, so I quit Hack Reactor.”

“I believe I still gained a lot from attending Hack Reactor and am thankful the way it turned out.”

After Hack Reactor, Jeffrey held down a part-time job and continued to learn programming, but on his own. He attended local JavaScript Meetups. That’s when he met his current boss, Song Zheng, who was hosting a free JavaScript Meetup to teach people how to code.

“I told him I have some experience from Hack Reactor, but I don’t have enough work experience. I asked, ‘Can you take me under your wing and let me earn work experience?.’”

“I said I was working part-time jobs and learning programming on my own. He said, ‘Don’t do that. If you’re to do something well, you have to go in 100%. Come work for me, for GarageScript.’ So I just landed a startup job like that. I’ve been working there since last November.’ It’s been an absolute amazing ride, learning under Song. He’s worked at companies like Facebook and Google.”

GarageScript is a non-profit. The employees teach people Javascript for free. According to Jeffrey:

“When I joined they were just building out their core product and I got to help build it. Now it’s running live and the students are using the app to learn and teach JavaScript in a peer-to-peer fashion.”

“We also do volunteer work every Saturday at the local Santa Clara Library. We teach JavaScript for free. Our model is after we teach our students, we ask our students to teach incoming students. Why? Because you learn best by teaching.”

As far as software engineering goes, Jeffrey admits he has come a long way but has a lot yet to learn:

“I discovered I love to learn and educate others. It gives me so much joy to see the people I’ve helped give back to more people.” 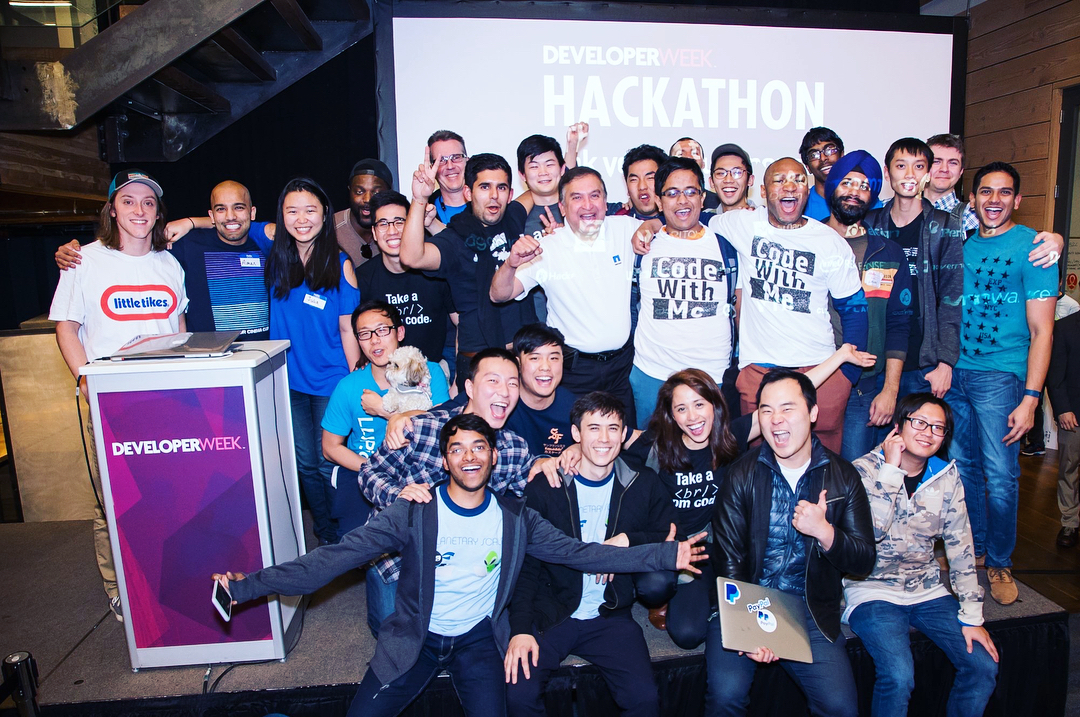 GarageScript’s founder took Jeffrey and the GarageScript team to Developer Week 2018 in San Francisco. And they won a prize on the team’s first hackathon.

“It was such an exhilarating experience. I cannot thank my mentor enough for his selflessness, patience and the simple fact of putting others before him.“ With the award came a photo opp alongside an oversized check, along with increased exposure for the non-profit and a boost for the team’s morale.

“I’m in Indonesia right now helping set up a branch for the non-profit. I’ve been here for a month teaching at my host’s house. The students here can speak English and Bahasa Indonesian. Some are CS grads, some come from an IT background and want to switch to web development. We even have a Doctor.”

“Our newest location will be in Central Jakarta. Mozilla Community Workspace has teamed up with us by providing a workplace for GarageScript to teach JavaScript.” 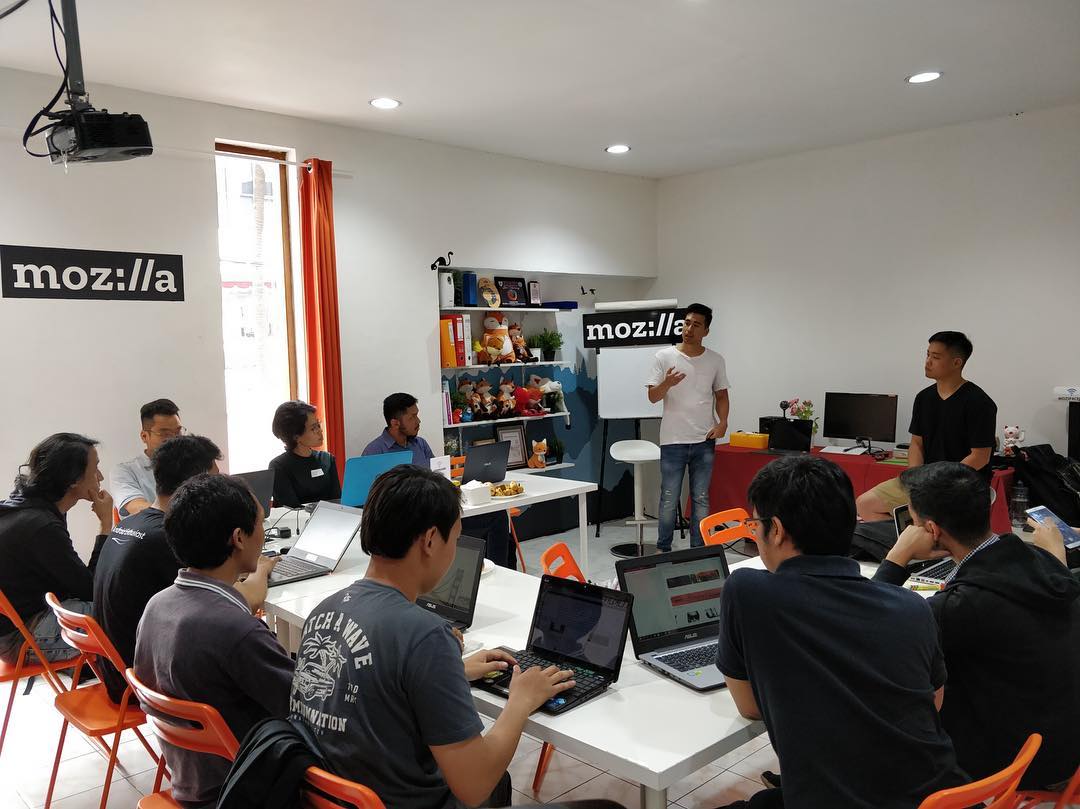 “Me and my teammate’s mission is to build a sustainable JavaScript learning community. When we leave Indonesia, we’ll know there’s a thriving community that has been instilled with passion and empathy to teach those who are eager to learn. We believe this model works, and our vision is to make teaching and learning how to code fun in a peer-to-peer fashion. Indonesia is our first expansion.”

“We’re in the process of getting additional funding. By donating to GarageScript, you are directly investing into young and talented people’s future. It is a special type of reward.”

So, what did Jeffrey get out of Hack Reactor?:

“What makes my story worth telling is that I failed a lot since I have embarked on the  journey to change my career. I learned a lot of technicality. But I also learned so much more about myself, my work ethic, what I need to improve upon and ultimately, how I can help others. If it weren’t for Hack Reactor, I wouldn’t have had the opportunity to experience all this. Hack reactor, indeed.”

Jeffrey’s advice to others:

“Failure is the roadmap to success. It may be difficult but it is worth it. Don’t give up. Just because you fail now doesn’t mean you’ll always fail. Keep trying.”