After experiences at UT, Oracle and Hack Reactor, Jordan Bishop Now Shines in Her New Software Engineering Role at The Home Depot

Born in West Texas, and growing up in the Hill Country of Texas, then to Austin, all before her 15th birthday, Jordan has grown adept at adjusting to the changing landscape of her childhood. High school required yet more moves, first to a boarding school in Austin, then to one in North Carolina.

She excelled at many subjects throughout grade and high school. Foreign languages, namely French and Spanish, Science, Art and Math were her favorite subjects but, at the same time, were being taught to her at a pace that wasn’t quick enough for her. As a result, she became bored. But the idea of and interest in languages, each with its own syntax and structure, took root.

College brought her back to Austin where she studied at the University of Texas. But with interests in science, math, and art, settling on a major was quite difficult:

“After going all over the map in career ideas, I decided to major in architectural engineering. It's kind of a boutique degree: a cross between civil and mechanical engineering with a little construction science and architecture thrown in. But by the time I graduated, I realized I didn’t want to wear a hardhat to work every day or design HVAC systems for the rest of my life.”

Out of college, she took a software sales position with Oracle. It was around the same time that she befriended someone who graduated from MakerSquare, the Austin-based coding bootcamp eventually acquired by Hack Reactor.

“He absolutely loved it. And looking at his life at that point, he had a job that he liked, he was working from home a lot of the time. I had a 2-hour commute. He had all this vacation time and really seemed to get a lot of enjoyment out of what he was doing.”

Jordan initially researched other Austin coding bootcamps but could find no argument for another bootcamp that stood up to her friend’s bootcamp experience:

“It’s really hard to not try to get admitted to Hack Reactor when your friend is making a good income from the education he received at MakerSquare aka Hack Reactor. I had a great success story in front of me.”

Jordan was accepted and enrolled in the May 2017 Austin cohort. From Day 1, the thing that surprised her the most about Hack Reactor was its community:

“I can’t think of a person I met at Hack Reactor that I haven’t liked, that I haven’t gotten along with, that hasn’t been there for me. I initially wondered if I was wandering into a den of computer nerds who had no idea how to relate to other people. That was very far from the case. There’s so much emphasis put on communication and articulation of thought.”

Jordan attributes much of her success in getting through her cohort to the Hack Reactor staff:

“What I was learning at Hack Reactor--academically, technically, and otherwise-- was both the only thing that required my focus and the only thing I wanted to focus on. So I just plugged away at it. I would just power through it and ask for help when I needed it, which was sometimes easier said than done. That was probably one of the biggest things that helped me get through the course: the level of support that’s offered, both technical and non-technical throughout Hack Reactor. Taking advantage of the resources that are already built into the program, the community, and the support infrastructure that’s already in place were what helped me most.”

One staff member in particular, Linden Kueck, stood out to Jordan:

“Linden was my Campus Lead. She saved my ass. I cannot sing her praises enough.”

Linden’s accounts Jordan’s struggles in and out of class:

“Jordan was such a tough cookie. She was going through a lot in her personal life during the first half of the course, and it led her to really struggle and doubt herself. But she showed up, challenged herself to succeed, and was able to put herself on a good path forward.”

Given Jordan’s entrepreneurial spirit, the skillset she gained coming out of Hack Reactor, she claims, will help her to start a company based on a product she can actually build herself. But, for now, she’s focused on her software engineer role at The Home Depot, where she inherited a proof of concept project. As sole engineer on the project currently, she is excited to know it will eventually be seen by the company’s executives.

Jordan is currently working with Vue and VueX on applications to track the company’s e-commerce website performance. Vue framework is similar to React, the framework she learned while at Hack Reactor:

“I’m good at diving in head first, trial-and-error, and figuring it out. That’s how I’ve always learned and that’s also what Hack Reactor emphasizes in continual learning. If you don’t know it, research it. It’s going to suck until you figure it out. But once you do, you’re going to feel awesome and smart and you’re going to remember it. The struggle is basically half the lesson. So that’s how I approach problems: I know how to dig in. That’s something that Hack Reactor can definitely take credit for.”

Jordan and Linden have stayed in touch post-graduation. According to Linden: 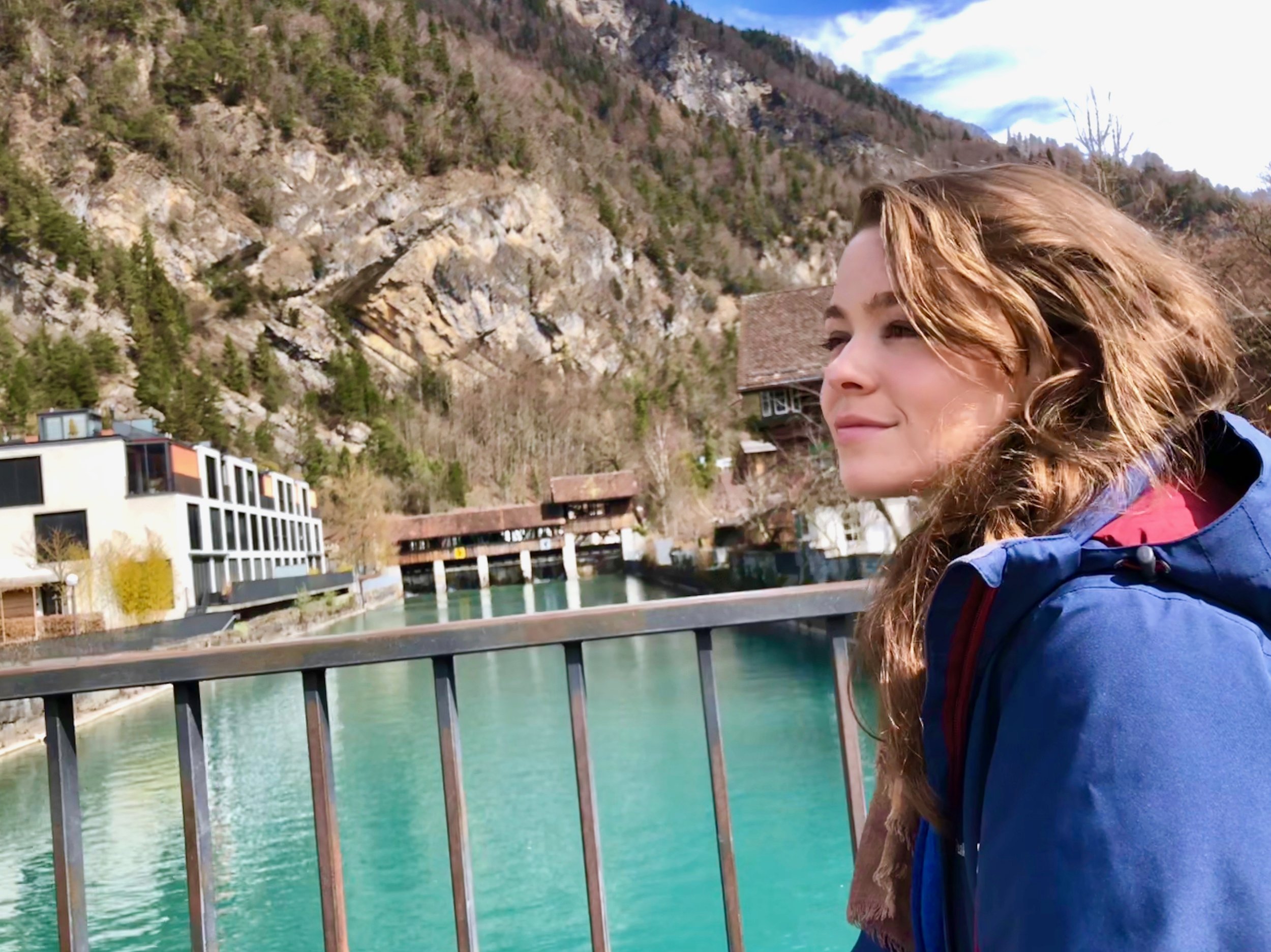 “I am so proud of what Jordan achieved during the program -- and so proud of where she has landed in her career. I can’t wait to see how far she goes over the next few years!”

Jordan also authors a blog, wanderlustre.blog, where she pens her thoughts and experiences in travel and career.