Joey Yang completed the Hack Reactor program in November 2013. He's currently a Hacker in Residence and codes and consults for startups.

Joey recently wrote an article about the misconception that learning to code is simply too hard. He noticed that too many smart people believe coding is an unachievable skill. They think it's too late for them or that they effectively opted out of coding when they chose another major in college. Joey argues against that assumption:

Joey goes on to show how even a recipe for pancakes is--at its essence--a program. And how Excel, a tool used by most business people, deals with organizing, transforming and using data. Not that far from programming. So Joey has a request: 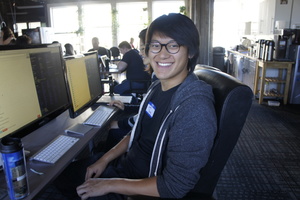 "Can we quit the stigma that programming is some mythical, impossible thing? It's all around us. We just don't realize it. But when we pretend it's some kind of magic, we discourage those around us from giving it a try."

Read all of Joey's article here.

If you're interested in learning to code or applying to Hack Reactor, here are some of our other articles to check out:

"No CS Degree? No problem. Steps to Prepare for Your Code Interview"

"Are Programming Bootcamps Worth the Cost?"

and here's more about the coding and other skills Hack Reactor looks for in our applicants.