Two Hack Reactor students, Jack Lu and Keenan Lidral-Porter, have a keen interest in Bitcoin, and through pitching separate projects on the popular cryptocurrency, found that many other students were curious as well. After fielding lots of questions on Bitcoin, they decided to host a “fireside chat,” (without the fireside) to explain this intriguing new currency.

“I was really surprised how much interest there was,” says Lu. “The resources in the Bitcoin space are so poor, so the barrier to entry is really high. I was happy to share what I've learned, and people really appreciated it.” 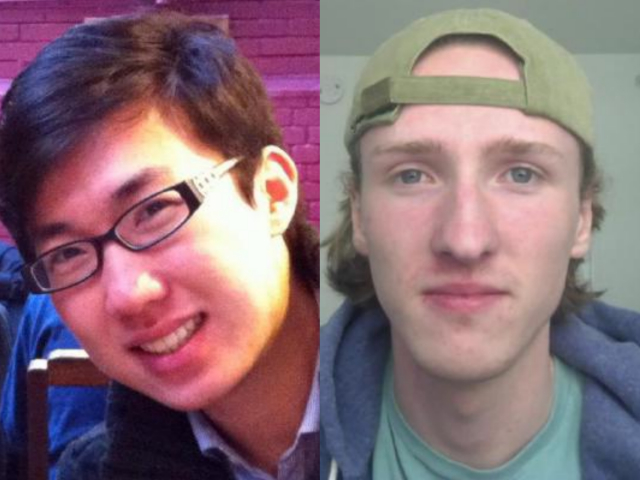 The evening, attended by 40-50 students and staff, started with a high-level overview and went into a lengthy question and answer session. The main topics covered were what Bitcoins are, how to create transactions, how to mine Bitcoins, and the technical and economic hurdles to leap before Bitcoin gains widespread use and acceptance.

“It’s a lot of stuff that I wish someone had told me in a simplified form when I was first getting into this stuff,” Lidral-Porter describes. “The Q and A part went long, and got pretty technical, because everyone here is at a pretty high level.”

The core conceptual difference from other currencies (e.g. the dollar, euro, etc.) is that Bitcoin ownership and transactions do not have to be verified by a central authority, such as a bank. The key feature of bitcoin that makes this possible is something called the block chain.

“You can think of [the block chain] as a public ledger that tracks every bitcoin transaction that has ever been made,” Lu writes, in a refreshingly lucid overview. “It is a record of how every bitcoin, including parts of every Bitcoin, has been transferred from owner to owner, starting from the moment of its existence.

“The breakthrough innovation here, is that there is no central entity that updates and maintains the veracity of the block chain ledger. The truthfulness of the ledger is maintained by a complex algorithm and a decentralised network of computers in Bitcoin community (one of the tasks of the so called ‘miners’).”

The fireside chat inspired enough interest in Bitcoin for both Lu and Lidral-Porter to recruit three team members to join them on a Bitcoin-related project of several weeks.

Lidral-Porter is thinking about building a data visualization tool that would show the movement of every Bitcoin in the world. Lu is contemplating a Chrome extension which would serve as a Bitcoin “wallet”--essentially software to hold, receive and spend bitcoins.

“It's a very niche topic,” says Lu, “but once you understand it, it becomes super interesting. It could potentially be really disruptive.”