PayPal, SalesForce, Reputation.com and over twenty other companies came to Hack Reactor’s Hiring Day on Tuesday. The event is a fun and highly efficient way for our graduating Software Engineers to make substantial connections with a large number of interested tech companies.

“We heard Hack Reactor is doing a lot of what we want,” said a representative from PayPal, who also noted that they plan to follow up with several candidates. “We recently moved completely to node.js for web apps and a couple of important products built on top of node are already taking 100% traffic. Our whole stack is moving in that direction.”

The day starts with demos of projects built over the last three weeks of the Hack Reactor curriculum. 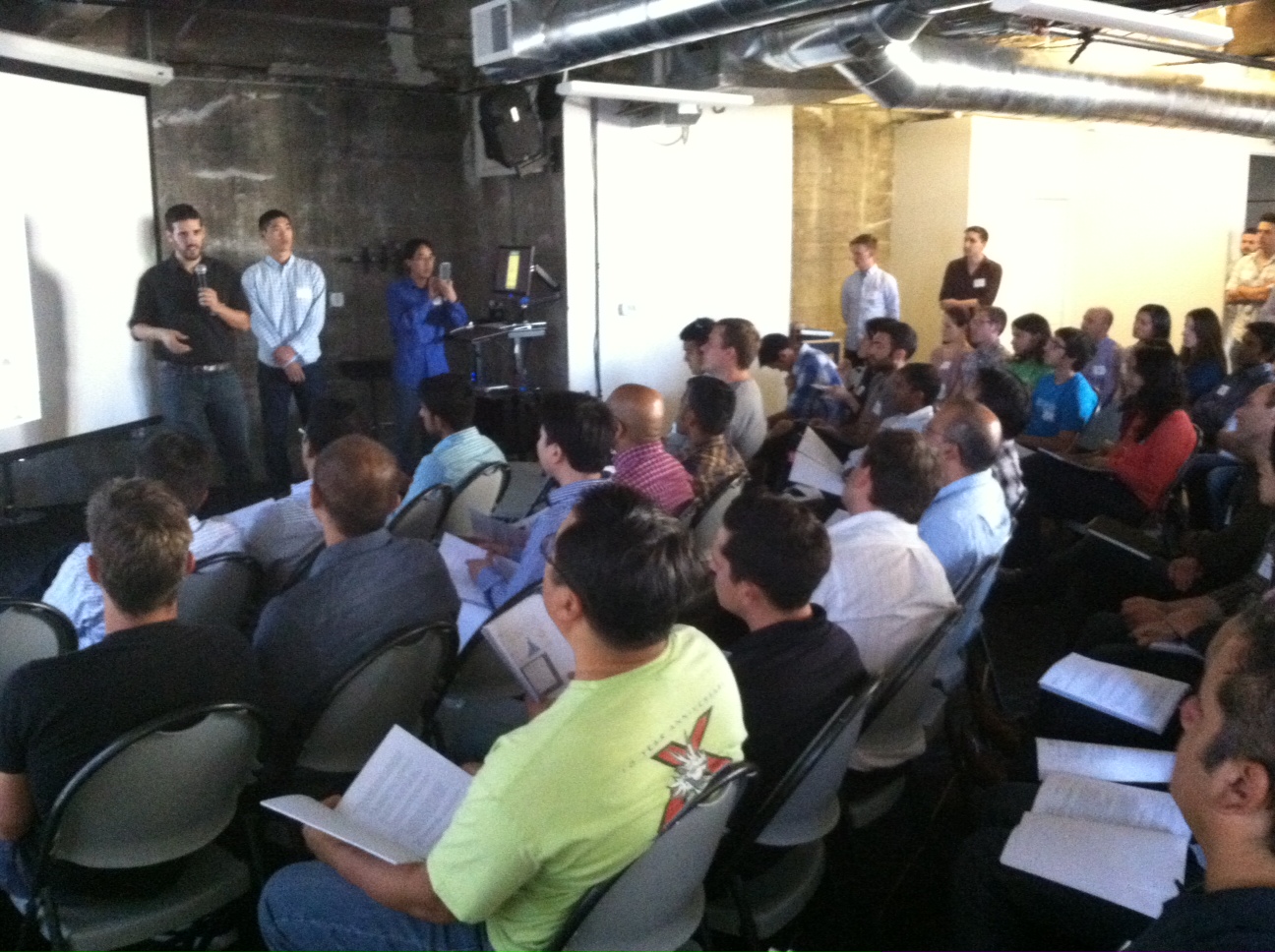 Hiring Day starts with a series of student demos.

Students demoed a wide range of projects including a game for Artificial Intelligence developers, a program to track political donations, and an app that uses check-ins and motion sensor data to keep tabs on loved ones far away.

“Pretty much all the projects were built using cutting edge technologies,” observed Thanigai Vellore of Art.com.

“It was cool to see how much they had built. I didn’t realize that they had done that in only three weeks,” noted a representative from Asana.

After the demos, it’s time for the ten minute lightning interviews between employers and Software Engineers. Each candidate meets with 4-7 companies. Our Hiring Team works overtime to ensure that there is mutual interest between every company and student who sit down together. This prework makes the conversations quite fruitful and they often lead to a formal first interview. 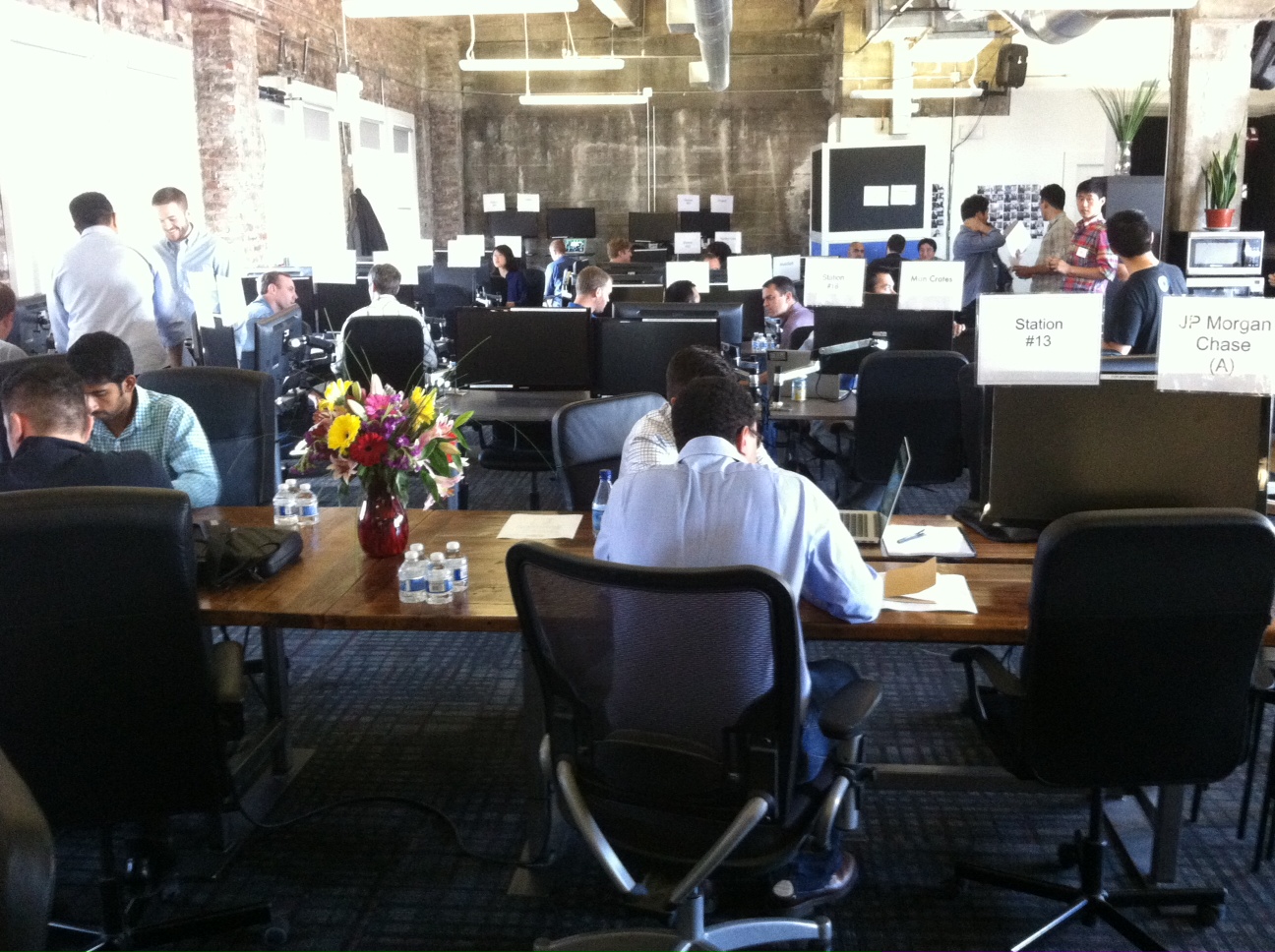 Software Engineers and companies are matched based on mutual interest.

Many of the companies had been to previous Hiring Days.

“We got good candidates out of it [last time], so we decided to come do it again,” says Josh Minor of mNectar, a mobile advertising company.

“We met someone out of our first hiring day who has been awesome,” notes Sarah Guber of BlendLabs, who plans to follow up with a number of students that she spoke to.

Famo.us has hired seven Hack Reactor Software Engineers already, and came back in search for more:

“They are all very ambitious and committed, aggressive and bright,” says Zach Fetterman of Famo.us. “I went to a good college for 4 years and I studied math and CS, but when I got to my first job, I was useless. I’ve found that [Hack Reactor graduates] are actually very quick out of the gate.”

Our Hiring Days facilitate dozens of strong connections between top employers and high quality candidates in just a few hours. It’s not too early to inquire about joining for the next one: Get in touch with our Hiring Team. Interested in being part of the next round of Software Engineers? Apply today!