A quartet of students spent a portion of the course working for the visual arts company Kinetech Arts on a project that uses cutting edge technology in visual display and virtual reality. Brian Iversen, Tom Varik, Steve Sharp and Carl Goldberg built two versions of an interactive display, one visible in the browser, the other in the 3D virtual reality environment created by the Oculus Rift and operated with a Leap Motion controller. The team built a rendering of the Earth, as seen from space (complete with a starry background and an accurately positioned and rotating sun. In addition to flying around the Earth, zooming in and out at will, users can see geotagged data from Twitter, in the form of glowing streams emitting from the location on Earth where that particular tweet came from.

The project was put on display at a virtual reality education and demo event put on by Mozilla, and it was a huge hit with the attendees.

“Everyone was really impressed by it,” Iversen recalls. “Two guys went up to me and asked, ‘have you gotten a chance to check this thing out yet?’ I said, ‘I built it!’”

The team had a steady stream of interested people throughout the evening.

“People were coming up to us non-stop, saying, ‘we want to play with the oculus’” says Varik.

The Oculus Rift, a virtual reality headset recently purchased by Facebook for $2.3 billion, immerses the user in a rendered environment. If the user turns her head, the display shifts accordingly. The team combined this with the Leap Motion controller, which, like the Kinect, allows the user to issue commands through waving her hand over the controller. For this project, the Leap Motion controller was mounted on the Oculus Rift, so that the user could issue commands such as zooming in and out with careful hand gestures.

“You trigger it to display tweets by making a fist,” Iversen explains. “You’ll see tweets flying out into space.” 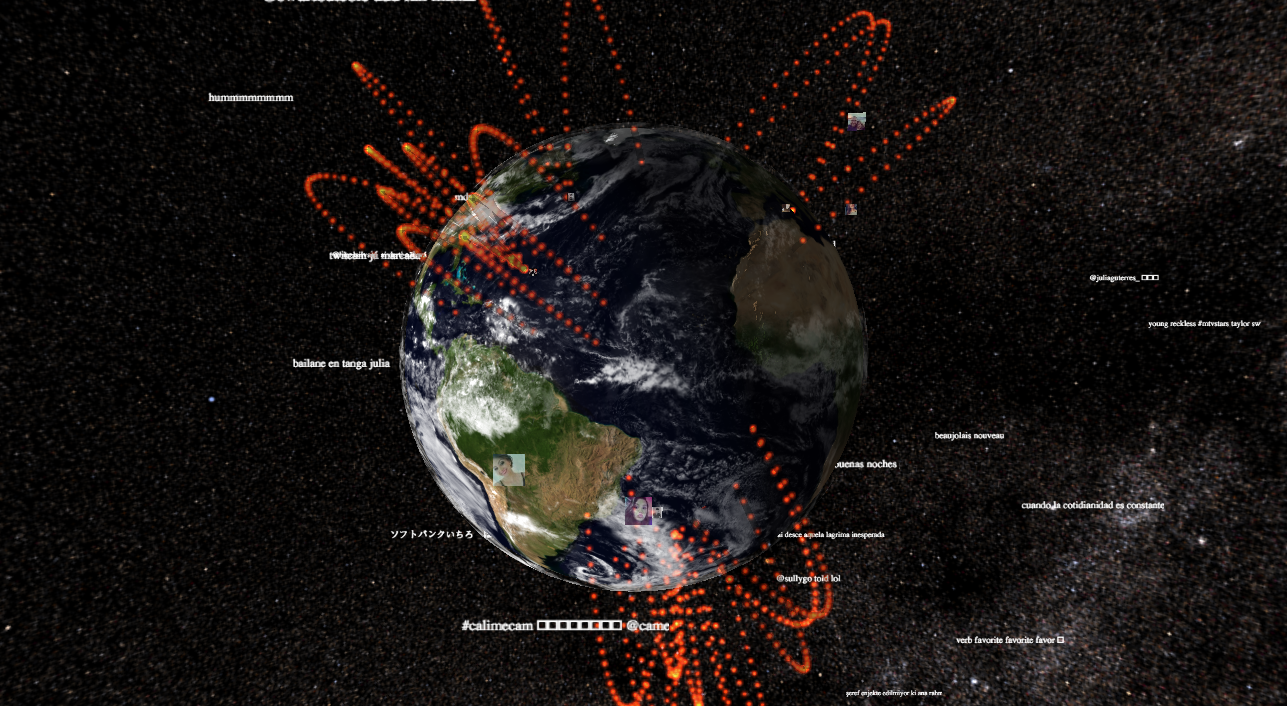 Students built an interactive 3D display, which could be explored in a virtual reality environment using the Oculus Rift and Leap Motion controller.

The project was built using Three.js and WebGL and technology specific to the Oculus Rift.

“The Oculus does not provide a readily accessible JavaScript API,” notes Varik. “You need to run a server that pulls data from the Oculus software and feeds it into the browser.”

“There was a ton of surprise when people found out we did this all in JavaScript,” adds Iversen. “Because it’s a browser-based app, if you had an Oculus it would work the same at your house.

In addition to the accolades from people who came to the Mozilla event, Kinetech Arts was enthralled with the results of the project.

“The client was ecstatic,” says Iversen. “Kinetech got a ton of positive attention. They basically extended an offer for us to keep doing what we’re doing.”