Uber teamed up with our Hack reactor Remote team to host an online hackathon for students and alumni of the program. The five-day sprint included mentorship from Uber’s engineers, a talk from the CTO of the fascinating agricultural drone company HoneyComb Corporation, and teams of up to five working together to build apps with the Uber API. The winning team has been invited to tour Uber’s offices in San Francisco and meet with the engineering team.

“The Uber team urged us to think about how impactful our project can be,” said Nick Balestra, a Hack Reactor Remote Beta student who was on the winning hackathon team with Evan Hackett and Syed Jafri. “We can build anything--that’s not the challenge. The challenge is, ‘what can I build?’ Will it matter to a lot of people, or will it be just be you and your friend?”

Balestra’s team built a Chrome extension, Uberify, that allows users to request an Uber car from their browser without switching to the Uber app. Uberify can even let users request an Uber by typing “Uber pick me up” in the browser bar. Balestra, who lives in Switzerland and founded Ohanah, an events management tech company there, plans to travel to San Francisco to visit the Uber offices and meet with the API team. 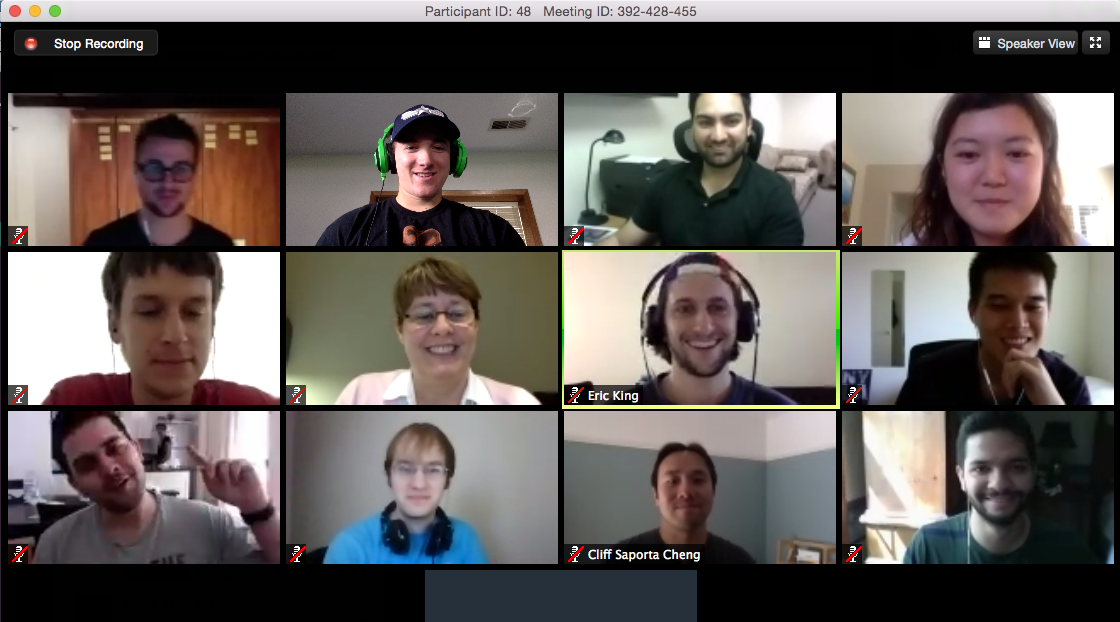 The Uber-Remote Beta hackathon brought together students on multiple continents for five days of hacking, talks and mentorship.

“We learned a ton,” says Balestra. “We learned the Chrome Extensions API, which we’d never played with. We learned OAuth, for authentication.”

One highlight of the week was the talk by Ben Howard, CTO and Cofounder of HoneyComb, a company that uses drones to take high resolution photos of large farms, and analyzes the appearance and infrared signature of the crops to determine their health.

“Ben’s talk was really compelling,” said Remote Beta student Eric King. “He talked about the backend, because when you have those high-resolution images, it’s a huge amount of data to process. Farmers can use that to increase crop yields and land utilization.”

“It was a very good technical talk,” Balestra adds.

The hackathon provided an interlude for our Remote Beta students, as they move into the second half of their intensive three-month program.

“So far, I love Remote Beta,” says King. “It’s been awesome. I’ve learned a ton and all the people are smart and motivated. The staff is super supportive--they push you to do more. I feel really connected to the group through Slack and [Google] Hangouts, but the flip side is that I’m at home where I have more downtime. I feel like I’ve had a better experience doing Remote than I would have onsite.”

Balestra opted to do the Remote Beta program only after running into visa issues that delayed his ability to stay in the United States. This turned out to be a blessing in disguise.

“Now that I’m into it, I’m so glad I had this roadblock to redirect me to Remote. You share openly with the full group, and you build a connection with everyone.”

Want to receive the best coding mentorship and instruction out there? Apply to our Remote Beta program or any of our four onsite programs today.