What does one do with plenty of talent and ambition, but little in the ways of tangible career experience or professional connections? This was the situation Jason Sigmon was in before he discovered our Remote Prep and Hack Reactor Remote courses. He was looking for work in his hometown in South Carolina, but his professional life to date consisted primarily of running a recycling startup in Hong Kong. The personal growth that came from this experience did not necessarily translate to the employers he spoke to.

“My life wasn’t really going anywhere,” Sigmon recalls. “I had this year of startup experience, but a lot of the companies I had been speaking with didn’t value that. I’d heard about Hack Reactor from a few people I really respected.” He checked out our website and saw that an online beginner course, Remote Prep, was starting in a few days, and he decided he would try it, figuring, “maybe I’ll learn something.”

This turned out to be the first step in a career pivot toward a huge increase in employability, salary and job satisfaction.

“Remote Prep was incredibly valuable, because you learn to look at code in a Hack Reactor mindset.” This, Sigmon explains, is a mentality that, “no problem is too difficult to solve. There is a solution to the problem. I’m not going to get frustrated, I’m just going to find it.” 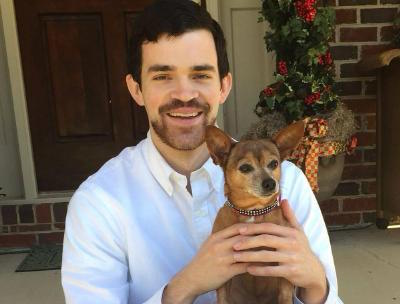 “I definitely felt that I was prepared by Remote Prep,” says Sigmon, which he’s thankful for, because, as he describes, the Hack Reactor Remote Beta curriculum comes at students “a million miles an hour.”

Like many previous Hack Reactor Remote Beta students have noted, the intensity of the course fosters strong bonds between classmates, who are in regular contact through chat software and video meetings.

“You are around each other all the time,” he explains. “Everyone is dealing with this same situation. That forges a bond that’s unique and immensely valuable.”

Most of Sigmon’s Hack Reactor Remote Beta class met up after graduation in New Orleans for Mardi Gras. Because of the bonds formed through the online immersive course, it is very common for students to meet up in person after graduating. Four recent grads took a road trip from Southern California to Northern California, and went skydiving along the way. Sigmon’s class chose New Orleans, because a number of students had taken the course there through a special partnership with Operation Spark, a non-profit focused on training youth in marketable skills. Students also have the option to gather at Hack Reactor Remote Beta headquarters in San Francisco for the final week of the course.

Alongside this powerful experience, of course, was incredible growth in his skills as a software engineer. This opened up a world of career opportunities, and led to his current job as a software engineer at Foot Cardigan, where he is one of two technically-oriented people at his company. The other, the Chief Technical Officer, does a lot of the product design, so his attention is split between multiple departments.

“It’s a very Hack Reactor situation, where you are given something that you don’t know how to do, but two days later you have something,” Sigmon describes. “I did a code review with my boss, and he said, ‘the best thing about you is I can tell you to do something and neither of us knows how to do it, but you’re still going to find a way.’”

A major task that Sigmon has taken on is migrating Foot Cardigan’s system from PHP to the JavaScript framework Meteor. While he had little experience with either, he quickly became proficient at both, because “Hack Reactor is so good at teaching you how to learn.”

Take control of your career trajectory from anywhere in the world: sign up for Remote Prep--next class starts Monday, April 18--or apply to Hack Reactor Remote bootcamp.