Justin Cruz always knew he was capable of more than he was doing, but his family’s economic situation made it difficult to progress.

“My family is poor,” says Cruz. “I went to college for IT, but I had to drop out because I couldn’t afford it.”

Cruz, originally from New Jersey, always had a knack for technology and throughout his life he has found ways to cultivate this, despite his limited resources. At 13, he rigged his Portable PlayStation so that he could run a language called Lua. He used that to experiment with programming for a while, then picked up the PHP language after college while working on an app with his sister. After that, he delved into JavaScript using self-study methods to get a better grasp of front-end technologies. 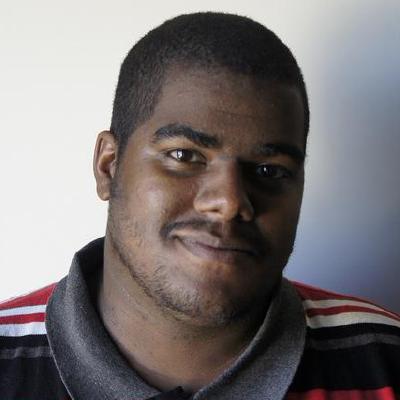 Justin Cruz is now a Software Engineer at Sapho, but a year ago he was working manual labor.

Still, none of that was paying his bills. To do that, Cruz worked a job peeling onions, dicing garlic, de-seeding peppers, and doing whatever else was needed in a massive business-to-business produce operation. For about a year, Cruz did manual labor to get by.

“I didn’t like doing what I was doing,” he recalls. “It was a waste of my time. I was more than capable of doing something that would get more income.”

His sister, who he was living with, told him about Hack Reactor. However the cost of the program, plus transportation and rent in the Bay Area, was prohibitive. He put that idea on hold and looked into getting back into the IT sector.

What made the next chapter in Cruz’s life possible was Hack Reactor Remote and its payment deferral options. After scrambling to put together a deposit for the program, Cruz enrolled in our digital classroom’s first cohort.

“Getting into Hack Reactor was a miracle and a half,” says Cruz. “It was my footstool. If you’re poor in New Jersey, it’s really hard to get out.”

As a Hack Reactor student, Cruz found all of his previous studying beginning to pay off.

“I knew about the server side and hardware side. I knew the ‘this’ keyword, the classes system, loops. I didn’t know how much I knew until I came to the school.”

For his final project, Cruz teamed up with two other students to build a library for the easy creation of video conferencing apps. He moved to the Bay Area as the program was ending and stayed with Hack Reactor alumni while he conducted his job search.

Now a Software Engineer at Sapho, a B-to-B software company, Cruz is still amazed by the reversal in his fortunes.

“I didn’t think I would actually go here [to Hack Reactor] and be able to do it,” says Cruz. “Now I have a car, I have my own apartment. I’m paying for my sister to go to Hack Reactor Remote Beta -- she just started. It was a total 180 to my previous experience.”

Cruz came to our most recent Hiring Day, but this time as an employer. He was representing Sapho, which is looking for more talented Software Engineers. As someone who has risen as quickly as he has, Cruz sees no reason to taper off his ascent.

Want to kickstart your coding career from anywhere in the world? Apply to Hack Reactor Remote Beta today.

From Homeless to Hack Reactor to LinkedIn, Student's Inspiring Journey Shows that 'Impossible' is Just a Word