Jiahao Kuang’s story is about how community can turn coding from a hobby to a passion. Jiahao, a sophomore at San Leandro High School, had dabbled with coding, but his interest really took flight last March when he went to a Teen Hackathon, hosted by PayPal, followed by Hack Camp in August, a two-week session for high schoolers put on by hackEDU. (Hack Reactor provided office space to hackEDU for an extended period last winter.) Hack Camp showed Jiahao both the power of coding, and how much more fun and stimulating it is with a group of like-minded people. The experience inspired him to start his own Hack Club in his high school, and eventually connected him to Hack Reactor.

“When I started working on the Hack Club idea, my main goal was to share the amazing experiences at hackathons with friends at my school,” Jiahao explains. “Initially my thought was, 'we are going to teach people how to code'. As the idea maturated I started to wonder how to keep members in the club, welcome new ones, and deal with members that join in halfway. The simple answer that I got from Hack Camp was to make it feel like a family. Everyone is looking out for one another, learning with each other, and debugging with one another.”

Once he decided to start his club, Jiahao began looking around for sponsors. Though many companies said no, or simply didn’t reply, Hack Reactor was inspired by his effort and offered a donation and a tour of the school. 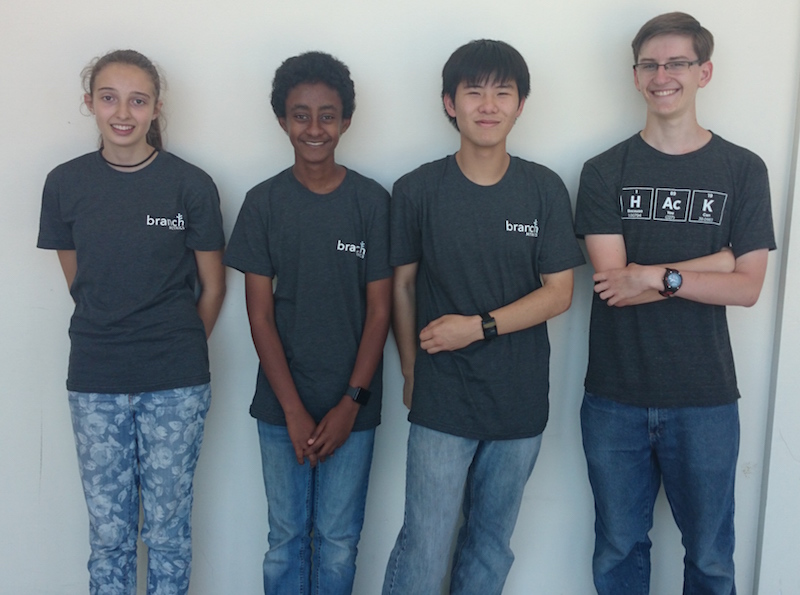 “Everyone at Hack Reactor was really friendly,” Jiahao recalls. “The most memorable thing was first walking in and seeing that it’s not like a classroom. It’s a work environment, like you would see at any big company.”

Jiahao also noted the prevalence of pair-programming at Hack Reactor--a common industry practice that encourages communication skills and allows coders to learn from each other. Jiahao looks forward to having a mentoring role as Hack Club progresses.

“The club members are mostly beginners. That’s what should make this fun. You put your mindset on how to teach concepts you’ve had for many years.”

As for what Hack Club members will do, Jiahao mostly wants to let people build what they want and learn through mentorship and exploration. He does have a few ideas for projects the club could take on.

Though it’s an entirely extracurricular activity, Jiahao feels learning to code is one of the most important things kids at his high school can do.

“Programming teaches you to see the big idea but also see the really fine details, and that’s one of the really important things that students should learn in high school,” he explains.

Not only that, but it’s a skill that allows one entry into an incredible range of projects and fields.

“There is so much in programming,” he explains. “What made me realize that is that there are so many languages--you can do so much. You can research medicine. You can send a robot to Mars, and maybe even cure cancer. Programming is like solving the world’s problems from the real basics.”

Want to get the best, most efficient coding education out there? Apply to our program, online or in four major cities, today.

Is Computer Science Education Suffering from a Communication Breakdown?