Roberto grew up in a family full of engineers. So he knew he was destined to become an engineer one way or another, although he was not sure which type:

“I was always playing games on the computer. So I started thinking I could potentially study something related to the computer, like software engineering.”

At some point prior to attending college, he changed his mind and majored in Physics:

“I don’t know what pushed me to study that instead of software. It was  something at the time I thought I would get more out of, I guess. I thought it still had enough of a baseline for me to move around if I wanted to.”

Roberto attended university in Monterrey, Mexico, where he had lived since moving from Mexico City at 10 years of age.

After graduating, he got a physics-related job at a consultancy company that conducted energy analysis for other companies:

“They had a web platform the clients could use to keep track of their energy spend. There was an IT team there and I started getting to know what they did. At some point, one of them from the team left the company so I spoke with my supervisor and told him I wanted to understand what exactly his responsibilities were because I was interested in software. I eventually took on an IT role but I realized I didn’t know exactly what was going on. I could poke around and figure a few things out on my own but I realized there was a lot I didn’t know.”

As his budding interest in software engineering resurfaced, Roberto came to the realization that he liked physics more as a side interest; not as a profession. And, to get deeper into coding quicker, he felt he should study more in an educational setting.

“Then a friend of mine, Daniel Almaguer, from Mexico who was going to Hack Reactor at the time had done the research and told me it is the best bootcamp. I was hesitant. I didn’t know if I could jump in but he was a good help because he basically was going through the process as I was thinking about it. I though the best-case scenario was to return to Mexico and start a software company or join a software gig.”

Roberto applied to Hack Reactor. Upon learning he was accepted, he quit his job, sold his car and most everything he owned in preparation for his move to San Francisco, where he rented a cheap room for 3 months. He also prepared by studying:

“I knew it was a 20-120 instead of a 0-60 course. I knew I needed some time to ramp up to get to that 20%. So I taught myself javascript by digging through the platform from my work and did a bunch of exercises. Just self study and see what was out there.”

He ran into some difficulty, though, on the move to San Francisco, specifically at the border between Mexico and the US:

“I got through customs and border security and I told them I was going there to study. And I think that was a mistake because Hack Reactor isn’t a traditional school, or at least one that the border security had heard of. So they did not initially believe me. And I was wondering what I should do. I already paid for the tuition. Eventually, though, everything was cleared up. But not without initially stressing me out”

Coming off of this stressful experience, Day 1 at Hack Reactor arrived:

“I tried to meet people and see what they were up to, and figure out which ones were the smartest so I could learn from them. I got through most of self assessment and technical document I was given, but I still had some questions. So I sent my questions out to the cohort email list. I started noting which classmates came up with the smartest answers. And then I figured I should go meet them first, try to get to know them.”

Roberto’s friend, the one who was one cohort ahead of him, began interviewing with potential employers. Seeing his friend take on a job search for employers in the US motivated Roberto:

“Even though he is not American, and he also needed a work visa, he was successful… he served as an inspiration to me in my efforts.”

Roberto’s friend educated him on what the visa situation was like. Roberto only knew there was an H1 visa and knew it was hard to get:

“But my friend told me there was another type of visa especially for Mexicans and Canadians. It came out from the free trade agreement of NAFTA. I thought about it. Maybe I could pay one more month of rent while I try to get a job in the US.”

As Roberto’s cohort reached its last month, he began reaching out to potential employers:

“I told them I needed a visa but as a Mexican candidate I could get one easily. That was a smart choice because most people didn’t know of that visa. As companies researched it a little bit, more of them got back to me.” 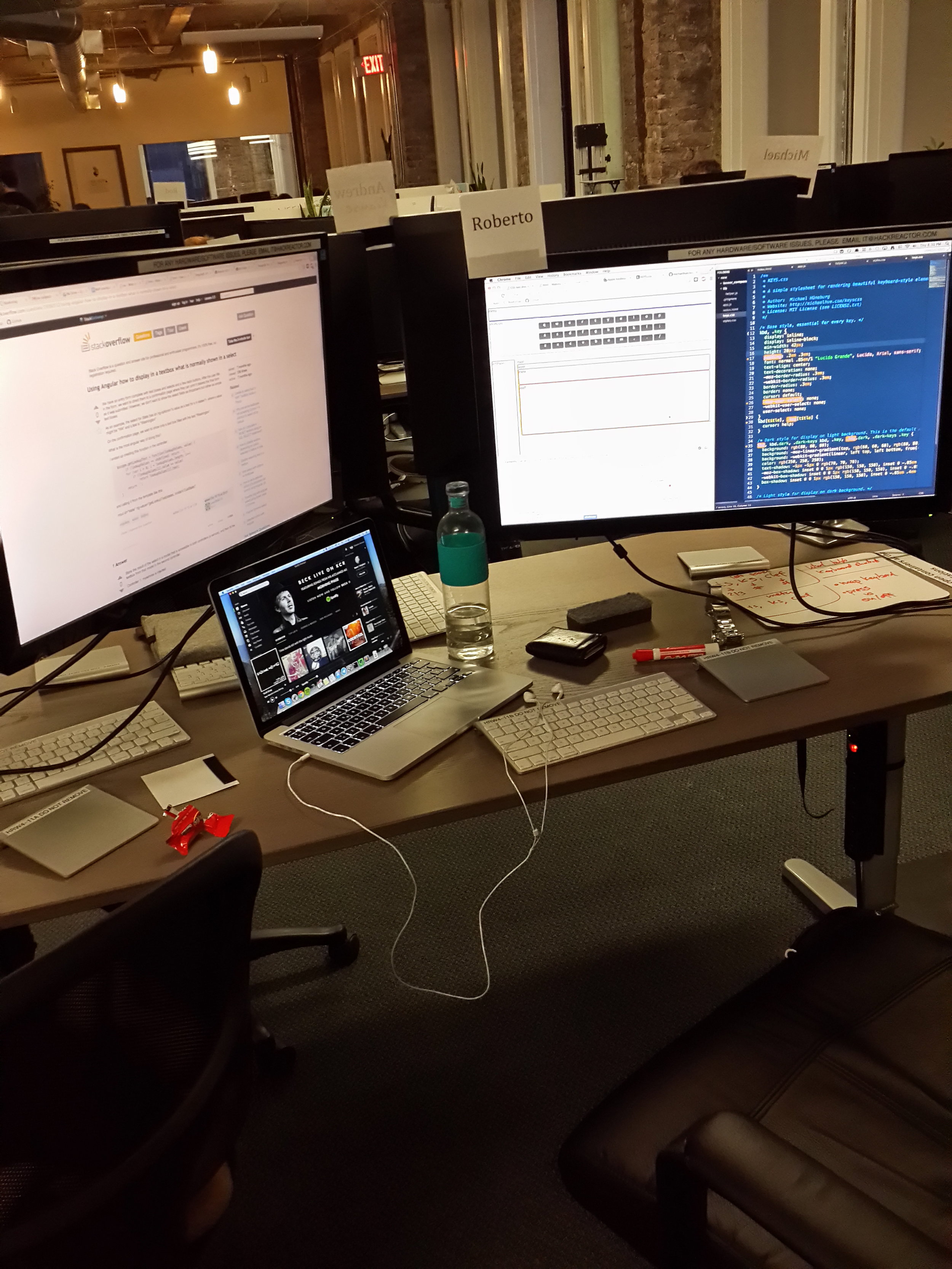 Coming off the program, the job search became Roberto’s full-time task. He used his daily routine as a student of getting up early and putting in full days, but now spent his time post-graduation by contacting companies, applying for jobs and continuing his studying. His hard work soon paid off:

“I had a job offer at three weeks. That one was a tentative 3-month offer for a startup. After evaluation, they’d consider renewing it. I also had an interview with LinkedIn that I was waiting on to hear a response. The phone screens had gone really well with them and I was hopeful of next steps.”

Roberto was soon invited to the LinkedIn campus to interview in person:

“The campus was great. I just got a sense it was the right job for me. A week later, LinkedIn got back to me with an offer. I was straddling two opportunities and made the best decision for me.”

He accepted the job with LinkedIn in September 2014 as a Front-End Developer. He imagined staying there for a while:

“I saw myself working there for 5 or 10 years. I loved it. At some point, though, I started realizing the Bay area was really expensive. Settling down there and buying a house was not going to be easy. So those thoughts were in the back of my head even though I never really took action to look elsewhere.”

Once again, turning to his buddy became his source of inspiration and direction:

“My friend’s employer, BigCommerce, was expanding their Austin, Texas office in Austin and was going to bring on a new team there. He was planning to move to Austin for the opportunity and informed me that an opening was available there for another front-end guy. I interviewed with them, got the position, and eventually quit LinkedIn and moved to Texas in May 2016. BigCommerce brought me on as a Front-End Engineer 2.”

“Right now where I’m at I think I’m starting to see two paths available; continuing as a technical contributor side or moving toward management. I would honestly rather deal with a computer. It’s kind of something I still need to think through. I realize the front-end space still has a lot of room for me to grow and learn.”

Roberto enjoys learning on the job, as reflected in his tech stack:

“Right now we’re working with Angular but we are moving into something else right now. We are trying to figure out what that looks like. I’m being involved in those decisions and I’m still learning from people that are way more experienced than I am. For the time being I’m really happy learning at work and enjoying Texas.”