By Kevin Juhasz for Hack Reactor

What do you do if you are a software engineer and you want to move to game development or vice versa? What steps do you need to take for your new direction, and what are some of the challenges you’re likely to face?

Software engineering and game development are closer than they’ve ever been, so the transition will not be as difficult as it was in the past. Writing code is one of the central needs for creating a game.

“If you’ve been working the last 10 years, you’re going to have some pretty decent overlap,” said Ryan Seabury, founder of gaming company good luck, have fun, creator of several mobile games, including Going Nuts and Blucifer: The Doom Horse of Denver.

(For those unfamiliar, Blucifer is the nickname Denver-area residents affectionately gave to the sculpture of a giant blue mustang with glowing red eyes that sits at the entrance/exit of Denver International Airport. If you’re ever there, go see it. It’s the only way to truly appreciate this beautiful terror.)

Knowing languages is actually the easy part of the decision. While there are similarities in programming languages, software engineering and game development are two different animals with different demands, expectations, commitments, goals, and outcomes. 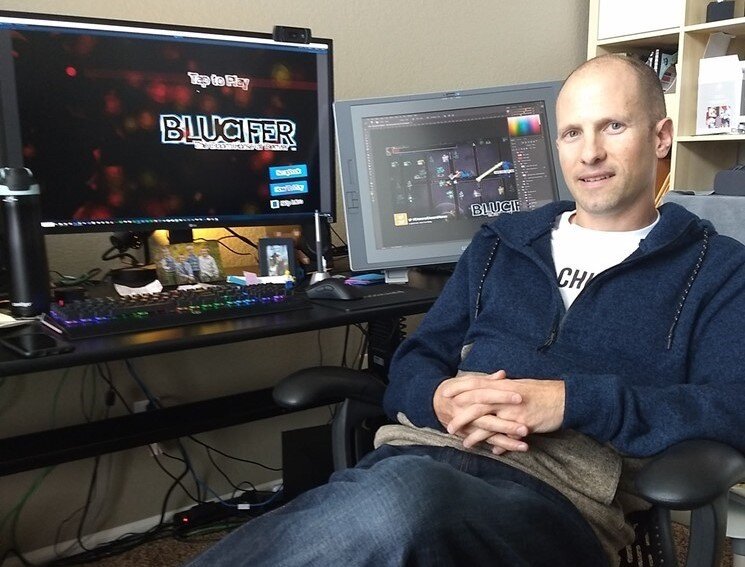 The first step when deciding to switch is to do some soul searching, suggests Seabury. Switchers who are software engineers need to decide if they really want to move over to gaming.

One of the biggest issues is that people don’t have a clear picture of what game development is.

“It’s not really what a lot of people think it is,” Seabury said. “I always describe it as working with broken software until it’s done. It’s problem-solving constantly. Most software engineers will understand that.”

Seabury added that software development doesn’t rely on the “fun” factor as much as gaming does. If you’re working on business software, he said, you can consider yourself successful if you create something that meets the users’ requirements without necessarily worrying about their enjoyment.

That isn’t the case with gaming.

If the customers don’t enjoy your product, then it can render portions of your work, if not all of it, meaningless. This requires you to just let it go, and make the needed corrections or scrap it altogether, something Seabury said software engineers have a harder time doing.

“They feel if you put three months of work into something, it must have value,” he explained. “That’s not necessarily true in entertainment. If nobody wants to play what you made, it doesn’t matter.”

There are other differences that are crucial to consider. To meet deadlines, overtime and working seven days a week are the norm in the gaming industry. Because you’ll be working in teams that include directors, artists, and musicians, soft skills are important to success at a company. You’re also likely to see a drop in your salary in game development and be limited when finding a job. There are independent and small gaming companies throughout the nation, but a large portion of the jobs are found in San Francisco, Austin, and Seattle. The gaming industry comes with more commitment and more stress, so if you’re leaving software engineering, you need to be sure you have a passion for creating entertainment.

So, what’s the best way to see if game development is for you?

If you’re a software engineer, there’s no problem with turning game development into a hobby before you switch. It gives you a chance to see if it’s something you truly enjoy, and you need to have a portfolio of playable games (or at least demos) to even have a chance of scoring a job. Gaming companies want to make sure you have the right attitude and commitment to succeed in their projects.

“There’s a couple of major game engines that are pretty much industry standard. There’s Unreal Engine and Unity 3D,” Seabury said. “Download those, run the tutorials, and try to make a game. If you go through the tutorials of creating a game, you’ll quickly figure out, ‘Do I even enjoy this?’”

As far as making the switch from game development to software engineering, that might be a much easier task. Again, you may have to learn new coding languages, but it’s generally considered an easier move. Seabury has never made that switch himself, but every person he’s known who did say it was a lot easier to do.

If you’re in gaming development, you’ll also need to take the time to explore if you really want to make the move. Although there might be advantages to software engineering, it might not be what appeals to you.

Nobody will go on Twitch and make videos running your accounting software, but the job market is larger and available in more regions, and the salary and stability are better than gaming.

Since job-hopping is never appealing in software and gaming development, Seabury said one of the most important things to do is make sure the switch is truly something you want to make.