A team of students wanted to address the well-documented issue of gender-disparity in technology. Drawing on their own experiences and conversations with girls interested in programming, a team of students decided that there needed to be a resource that helped girls get involved with coding at a young age. This inspired them to create Coder Girl, a site focused on building skills and creating a community for girls and young women interested in programming.

“The stats for girls getting into CS are so low, so instead of trying to get adults into coding we could try to do it at a younger age,” explains Nimi Dharithreesan, who built Coder Girl with Lauren Spiegel, Mark Bennett and David Trinh. Dharithreesan noted that “many of the other tools are things like Code Wars,” which are clearly geared toward a male audience.

“It’s a shame,” notes Spiegel, “because coding right now is like literacy.” 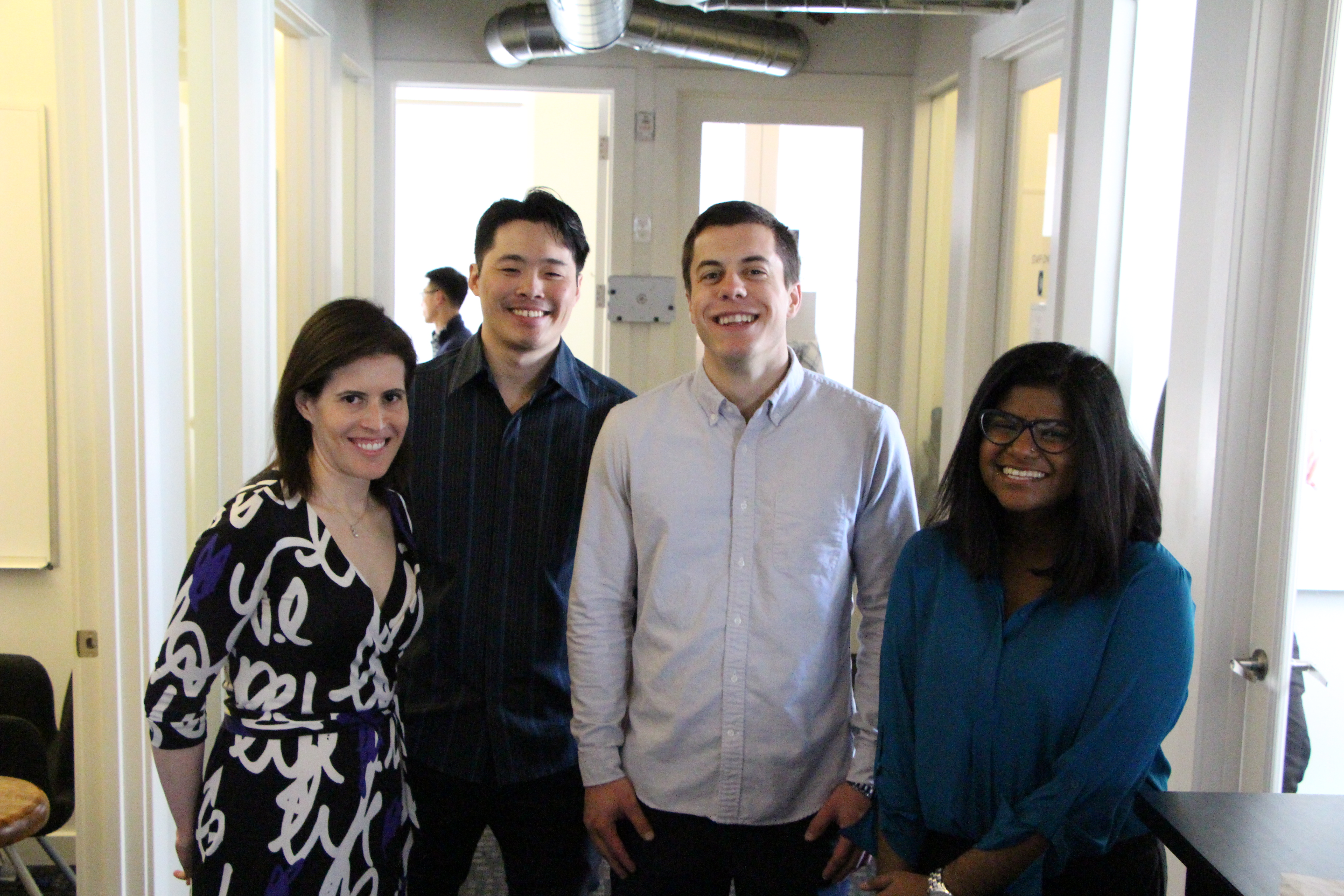 After talking to teenage girls about their interests, and their usual online haunts, the team built their coding lessons with a teen girl’s life in mind. Due to Instagram’s popularity and high-usage among that age group, they included the ability to log in with one’s Instagram account.

“A lot of our challenges are written with a teenage audience in mind, such as applying to colleges or decoding text messages,” says Spiegel.

In addition to the content of the challenges, Coder Girl sets up a supportive framework through the ability to chat and get help from peers and mentors. Users are encouraged to keep going through an Instagram leader board, and a visual game board that accumulates more elements (such as a house, a character, a sun and clouds) as the user completes more challenges. Spiegel’s boyfriend recorded an original song for the project, which auto-plays on Coder Girl’s About page (Avril Lavigne fans will be quick to spot the inspiration).

Coder Girl encourages users to keep at it through chat, an Instagram leader board, and an environment that evolves with the user’s progress.

Coder Girl was built using Facebook’s popular technologies, React and Flux, which the team members learned while working on this project.

“Flux was the biggest thing that I learned through building Coder Girl,” says Dharithreesan. “I also learned a lot about the HTML5 API.”

Though these technologies aren’t part of the Hack Reactor core curriculum, students are taught to quickly learn new skills as the need arises.

“I think that’s what so great about Hack Reactor,” Spiegel observes. “The ambition of the students--we all feel empowered to explore a new tech. I think that’s amazing and one of the things I’ll take with me from the program.”

“The school is pretty awesome,” Dharithreesan agrees. “All my expectations were met. It was an amazing experience. It’s definitely changed me in the way I tackle things.” As a woman in a male-dominated field, Dharithreesan found that Hack Reactor was a very supportive community:

“It’s a credit to Hack Reactor and the people that go to Hack Reactor that I didn’t feel out of place. I think it was a great model for what should be happening in tech.”

Watch the team present their project at our most recent Hiring Day:

Want to join a supportive educational coding community? Apply to our program, online or in four major cities, today.

Grad Teams with Detriot Startup to Prepare for Entrepreneurial Future

Advice From an Alumna to Future Software Engineers