For their final project at Hack Reactor, a team of four students decided to think outside the webpage and get into hardware. With a Tessel chip, a 3D printer and countless hours of coding, they built a drone that can be operated from anywhere in the world. The team, Mike Luby, Collin Kokotas, Geoffrey Abdallah and Jacob Gribschaw, had never worked with many of the technologies they needed for this project, but they used the fundamentals developed at Hack Reactor to teach themselves the necessary code to get their project off the ground.

“I wanted to go for as big a scope as possible,” says Luby, who managed the project. “We wanted to try exploring the internet of things, which is still pretty nascent, but up and coming.” 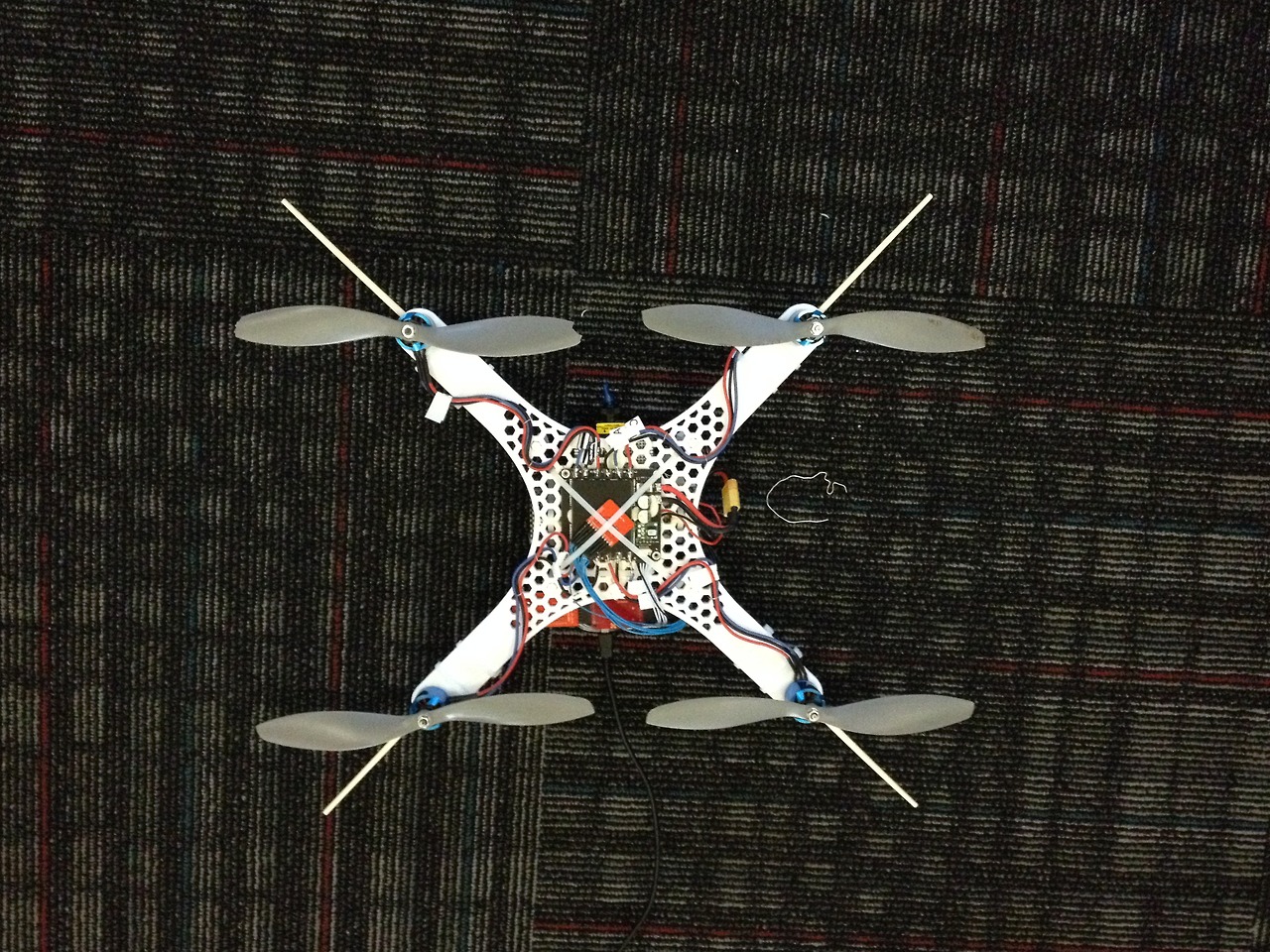 The key to the project was the Tessel microcontroller (sometimes referred to as simply "the Tessel"), which connects hardware and software. The Tessel, which has only been on the market for around six months, allows hardware to be coded with JavaScript. This opens up a sea of options in the “internet of things” space, in which physical objects are controlled through online programs.

“Working with Tessel has proven an interesting challenge,” notes Gribschaw. “The hardware is kind of in infancy, because the company is so new, they are still kind of evolving. While we were working, they pushed about six updates, one of which broke our code.”

The team had the basic goal of a drone that could lift off, hover and land. They had many ambitions beyond this, some of which could not fit into the dedicated three week period they had for this project, and others where they were contained by the current limits of their tools.

“Our goal was to have sonar, but the Tessel chip is not able to time itself precisely enough at this time,” Gribschaw describes. “It doesn’t currently have nanosecond timing, which is needed to calculate distances with sonar.” 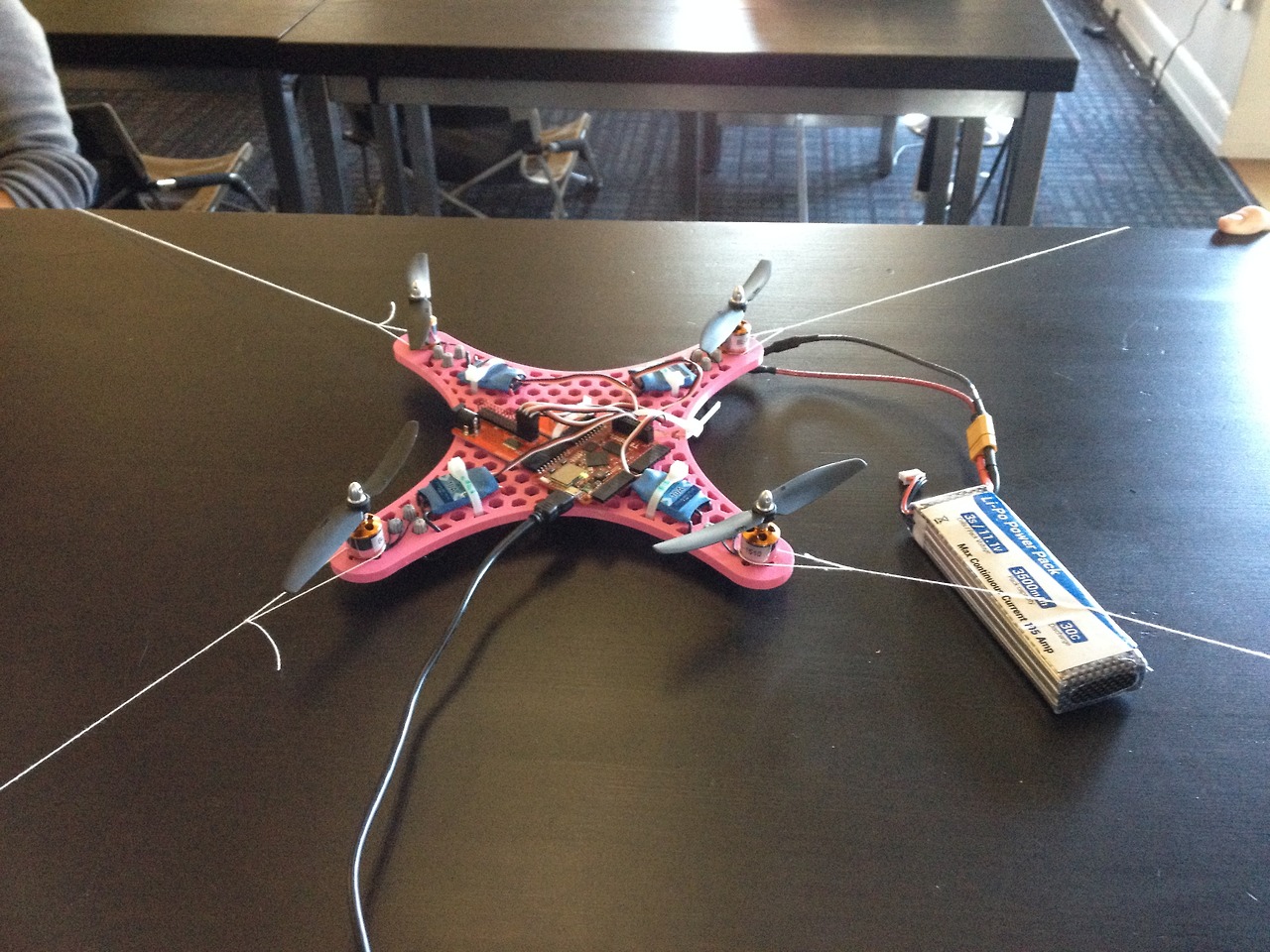 An earlier version of the Tessel drone built at Hack Reactor.

In addition to the operational aspects of the drone itself, the team built a 2D and 3D visualization of the drone, which updates in real time.

The drone itself was built with 3D-printed components. The various elements of the project ensured that the team was busy with something all the time.

“We made sure that we had enough things developing in parallel so we were never wholly reliant on another piece,” says Abdallah. “We had the visualizations going on with the flight code, going on with the 3D printing.”

Of course, a project with this many layers requires strong managing ability.

“Mike was full-time product manager,” says Gribschaw. “He did a great job of keeping everyone running. I would attribute the super fast iteration cycles to his managing.”

The project gave this group a taste of the internet of things movement, which is likely a huge area of growth in the coming years.

“As tech like this becomes more and more affordable to Software Engineers,” Abdallah notes, “I see a rise of the internet of things.”

Ready to develop the skills that will enable you to build your software and hardware ideas? Apply to Hack Reactor today!

Tessel Comes to Hack Reactor for an Inspiring Hackathon