Kia Fathi, who graduated Hack Reactor in September and is staying on an additional three months in our apprenticeship program, has become an expert in the rapidly growing front-end technologies React and Flux. Released by Facebook in May, 2013, React, a library, and Flux, an architecture pattern, have quickly become favored tools for a wide range of developers.

“It's kind of the new Angular. It's where the market is moving right now,” says Fathi. 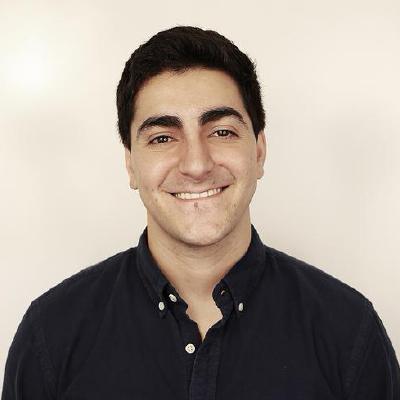 Kia Fathi, a Hack Reactor staff member and alum, has become an expert in React and Flux.

React offers blazing speed by limiting interactions with the DOM (Document Object Model--a convention for representing and interacting with various elements of a page), thus avoiding cumbersome processing, which can bog down the user interface. React, especially when combined with Flux, provides a data flow framework that makes it relatively easy for a developer to add new features, and to understand how user interactions will affect application data.

More than learning proficiency in a limited set of technologies, our students learn how to teach themselves whatever languages, libraries and frameworks they choose to take on. Recognizing React and Flux’s power and market relevance, Fathi taught himself both frameworks, using self-study methods learned at Hack Reactor, in which a student familiarizes him or herself with the basics, then uses the technology to build something.

“I did the tutorial on their website, then jumped into projects,” he describes. “I built a tic-tac-toe game and a basic to-do application, then added a feature to allow users to tag tasks as important, and filter by important tasks.” He did the same thing with Flux, building another to-do app and a tic-tac-toe game.

With the basics down, Fathi was ready for more complicated projects. In the last two months, his React and Flux skills have been integral for contract work, rewriting Hack Reactor’s admissions page, and mentoring students.

“Students really like React and Flux,” says Fathi. “A student group made a slush generator, which generates a full-stack React and Flux application [to provide a template for developers to use these frameworks in their projects]. They consulted me about the architecture, and formatted their template application based on a basic to-do template I made.”

Flux, which can be used independently or in concert with React, provides an organizational pattern through which one’s code executes.

“Flux is a pattern that emphasizes a unidirectional data flow,” Fathi explains. “All changes to data happen through defined routes, making it intuitive to understand how the application state is changing. Once you learn the pattern, it becomes really easy to add features without ending up with tons of spaghetti code.”

Fueled by Facebook and Instagram, with Khan Academy and Asana among the major sites that have bought in as well, React and Flux are well positioned to be key front-end technologies going forward.

“These frameworks kind of come and go,” says Fathi, “but with Facebook backing it and the level of adoption from big companies, it's definitely popular and something that will be important to know in the next few years.”

Want to learn essential technologies and the skills to teach yourself new ones? Apply to Hack Reactor today!

Firebase, a Popular API with Students and Developers, Acquired by Google