Before coming to Hack Reactor, Sean Connor had a revelation while standing next to a food truck. Working in the energy sector, Connor was inclined to notice power inefficiencies, and it occurred to him that every food truck powered its entire operation with a generator even though they were parked next to a building with much cheaper energy available through their electrical outlets.

“The people that own the outlets have no incentive to let people use them,” Connor observes.

This thought stayed with him, and later at Hack Reactor, he teamed with three other students to build an Internet of Things (IoT) product that provides a simple way for owners of publicly accessible outlets to sell their energy. Connectus, built by Connor, Jammie Mountz, Dianna Faulk and Valerie Liang, combines hardware (a smart outlet) and software to facilitate peer-to-peer electricity sharing. The project has been submitted to the Department of Energy as an entrant in the Department of Energy’s Sunshot Catalyst competition, which seeks products and solutions that address near-term challenges in the solar market.

“With this outlet, anyone can use our app to sell access to their electricity,” Connor explains.

Connectus makes use of the Modlet outlet from ThinkEco to allow users to monitor energy use on their outlet, and turn it on and off remotely. The app links with the payment system Braintree to facilitate the buying and selling of electricity. 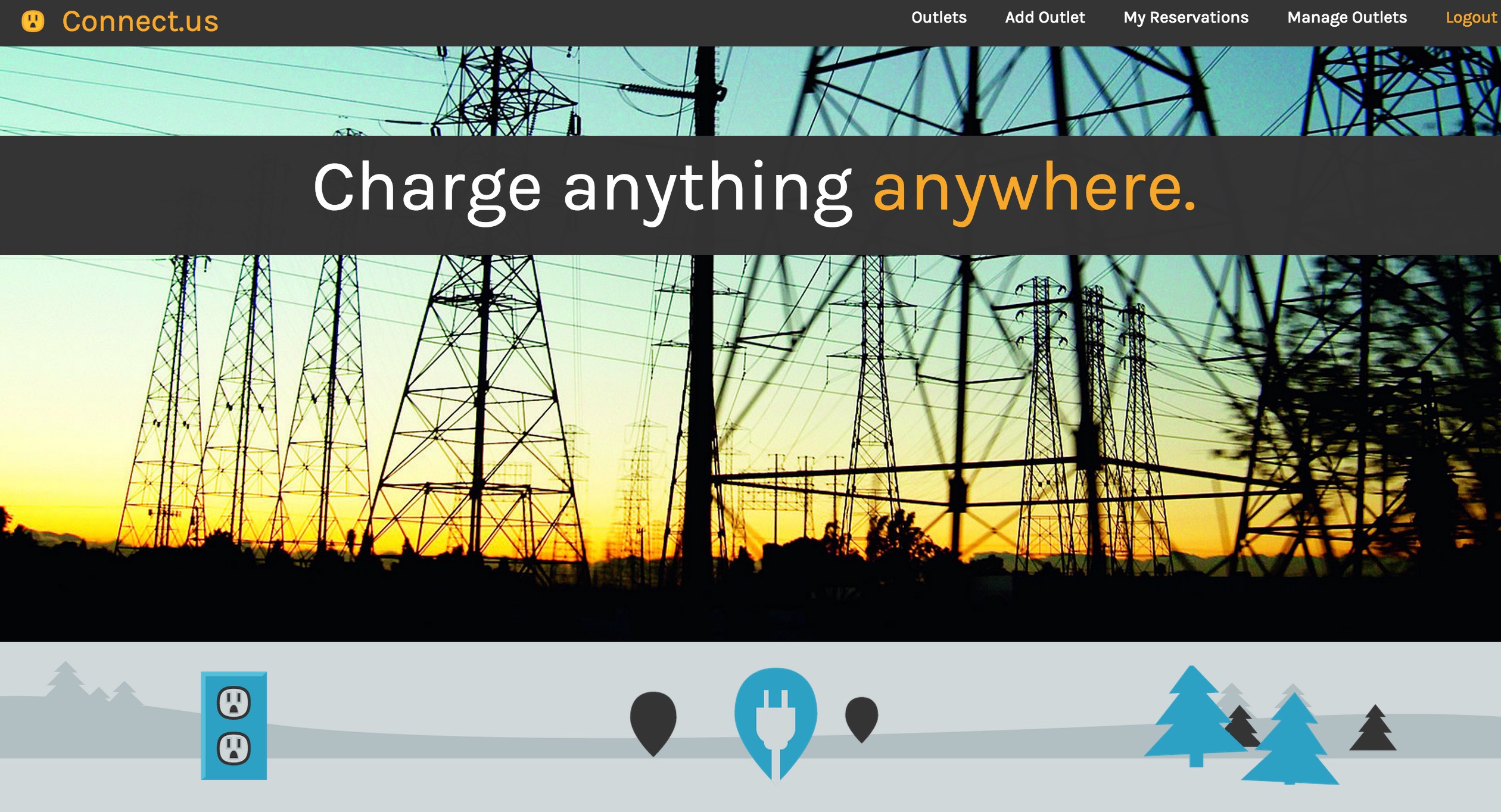 “There are a lot of different implications for this kind of peer-to-peer energy sale,” says Faulk. “In places like India, where their grid isn’t as developed, people use this sort of set up already. Then there is another set of possibilities with electric vehicles and scooters.”

While IoT technology is a relatively new field, and the team had limited experience with it, they benefitted from the robust IoT community, which allowed them to repurpose code from other developers that have worked with the Modlet.

“It wasn’t that the tech was trivial,” notes Mountz. “We were able to tap into the community of hardware builders and integrate what was already out there.”

The team used Socket.io to communicate with their hardware, then built their app with the popular Facebook frameworks React and Flux, with MySQL, to interact with their database. The speed and architecture of these technologies were appropriate for an app where users will expect near-instant results.

The complex project showed the value of initial planning.

“The biggest takeaway for me was learning how to plan out and architect something a little more complicated from the beginning,” says Liang. “Diana and I took some time out to structure the system for the database before we built it.”

Taking a high-level approach helped to demystify the process of working with hardware, which is expected to be more and more relevant going forward.

“Hardware seems formidable at first, but maybe it’s not that difficult in the end,” notes Connor. “We have a billion or so smartphones in the world. The point I want to make is that we’re going to have an order of magnitude more devices. Smart meters, wearables--each person will have ten of these devices, not just one smartphone.”

The project also provided an opportunity for each developer to round out their experience as coders.

“I consciously put myself all over the stack to purposely get myself in unfamiliar spots.” says Faulk. “I think one of the things that Hack Reactor really cultivates is a certain amount of autonomy, which is absolutely essential, but you never feel like you are falling into the abyss. If you are able to clearly communicate your ideas, people can help you out.”

Want to gain the skill set to build your inspirations? Apply to our program, online or in four major cities, today.