As students move through our curriculum, they build a wide range of projects from short works to large group projects, all built over six weeks. The smallest of these is a solo project created from scratch in 36 hours. For this project, recent graduate Marc Balaban created a website, Pixel Thoughts, that guides the user through a one-minute meditation, designed to put one’s problem in perspective. This simple but poignant work garnered attention last week, and before long, it went viral. Balaban’s project has been written up in over ten publications in three languages and has received well over half a million pageviews in just a week.

Pixel Thoughts first asks the user to write down a thought that is bothering them: 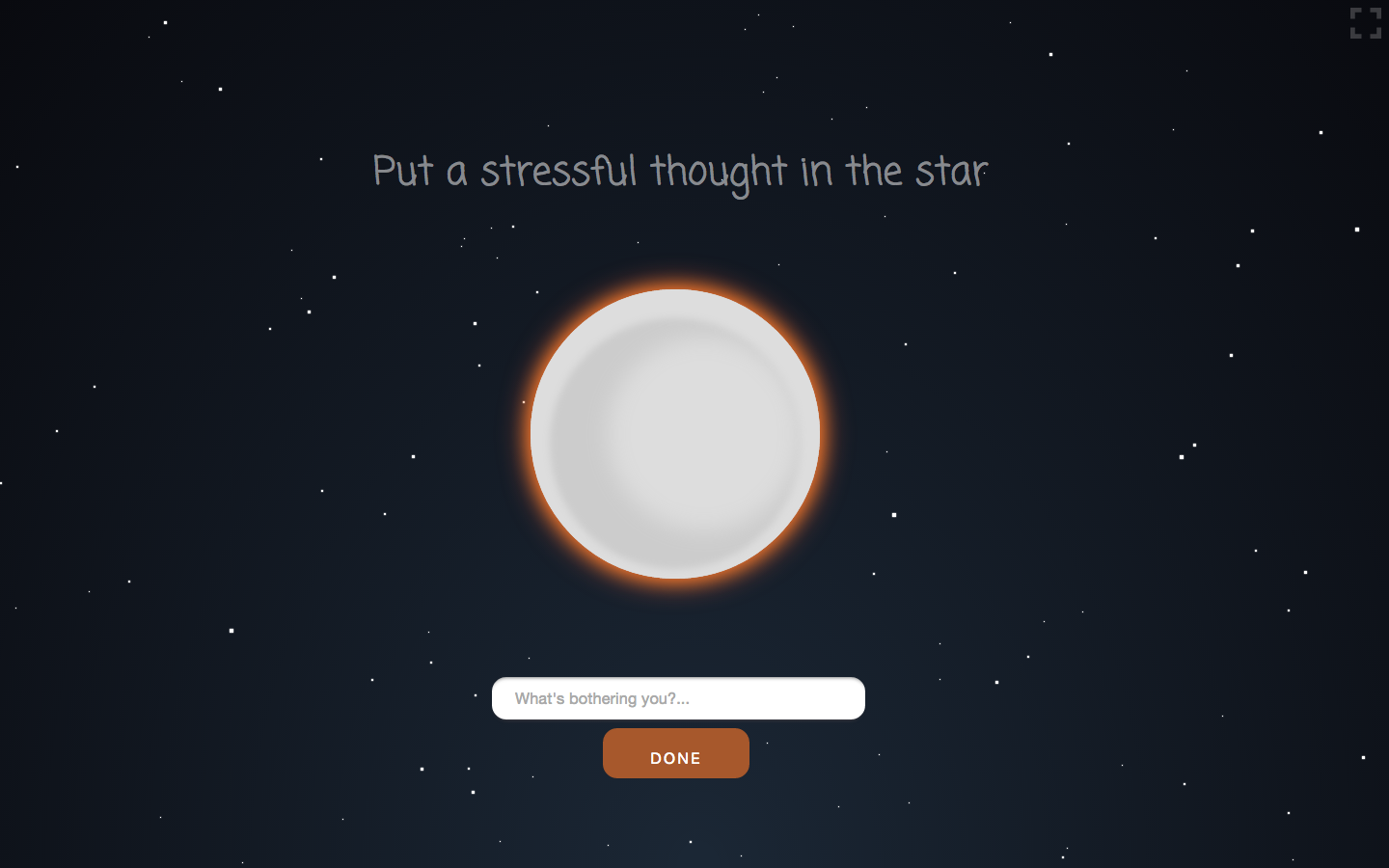 From there, the site goes through a short animation, explaining how tiny this thought is on a cosmic scale. 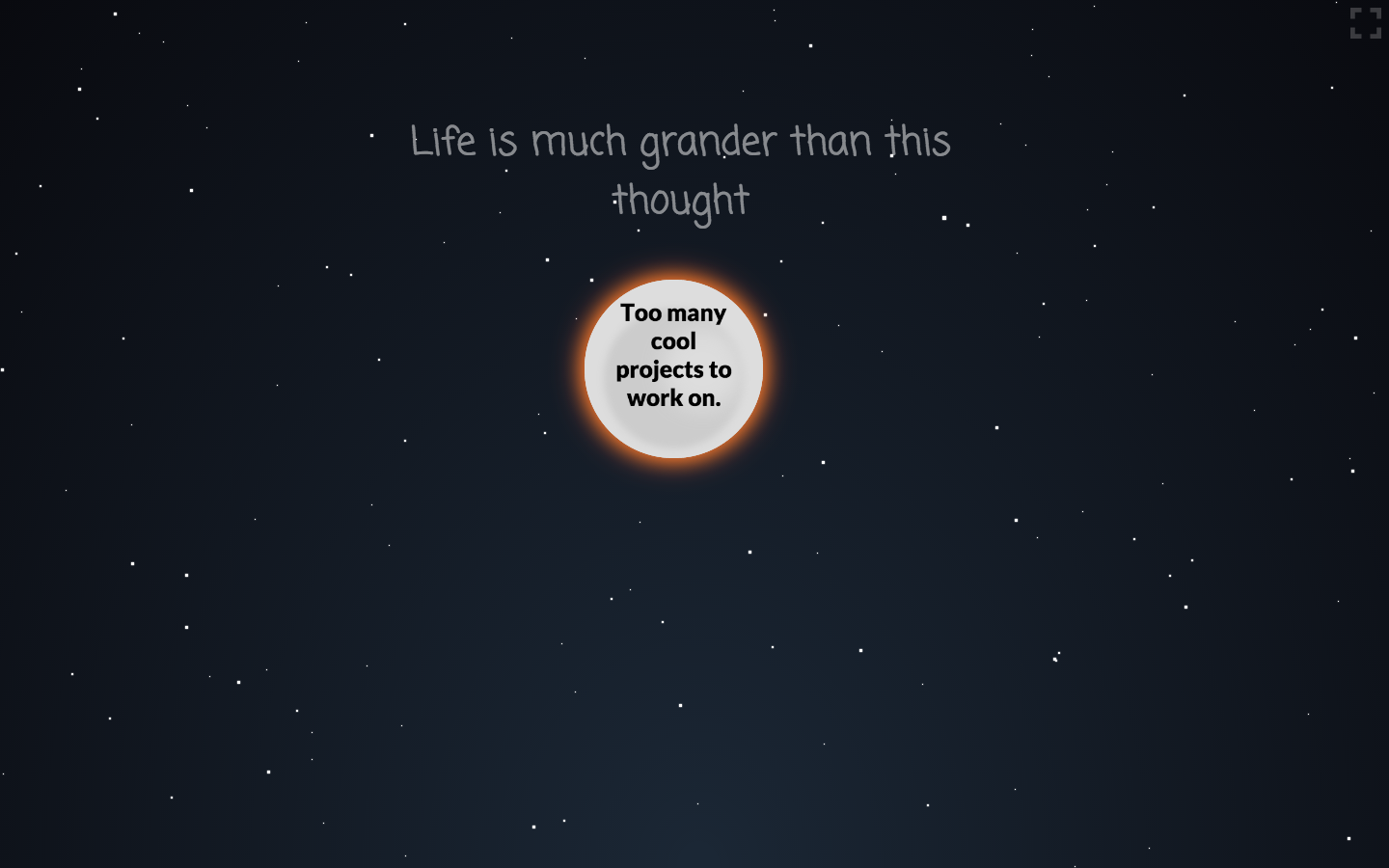 The thought bubble itself gets smaller and smaller until it is just one more dot among many. 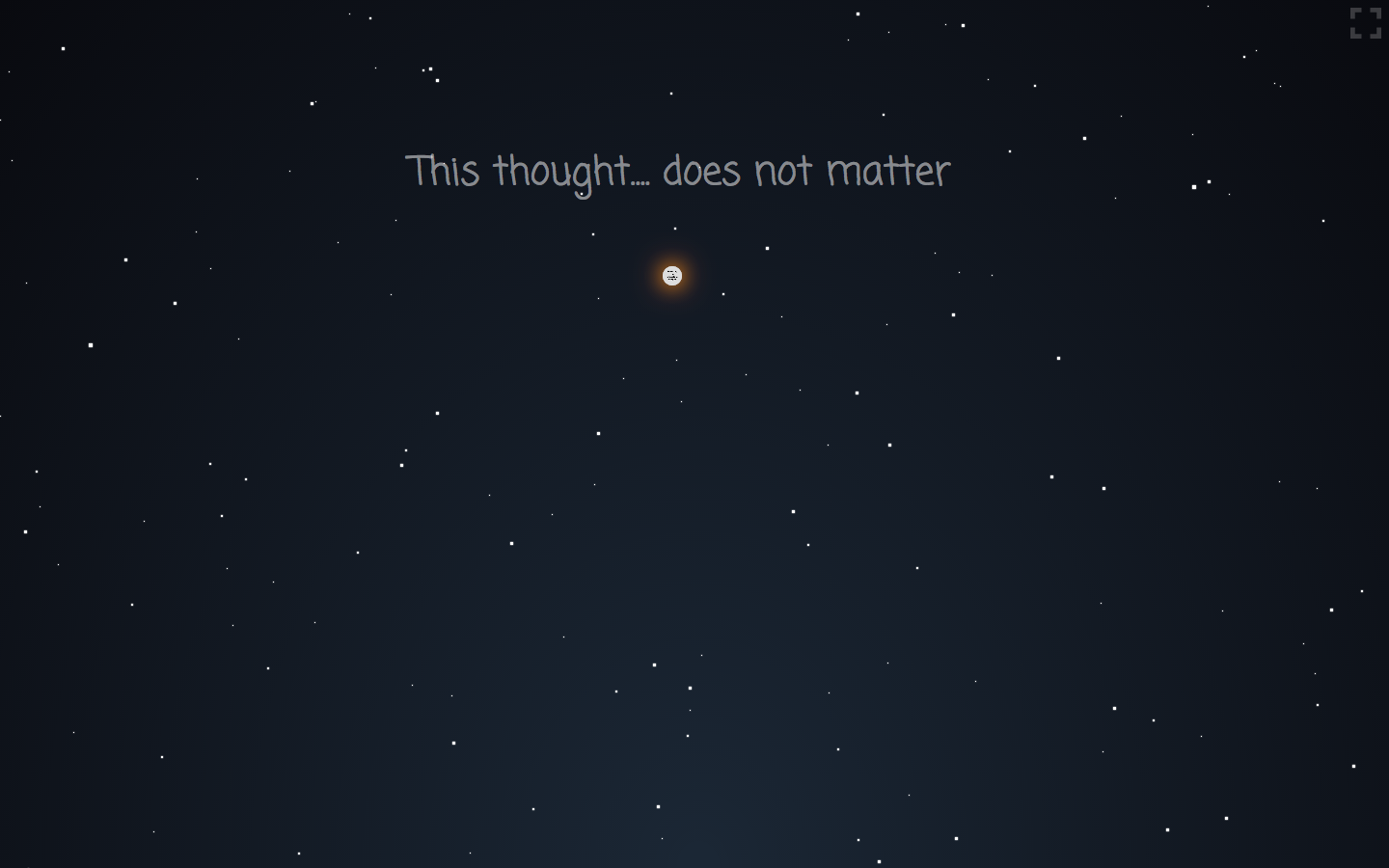 This simple meditation had a profound effect on many people, some of whom emailed Balaban.

“People said that they were weeping and sobbing and were really heavily affected by it,” he recalls. “It’s good to be reminded that we’re smaller than our egos tell us we are, and so are our worries. I’m thrilled I was able to affect people emotionally.” 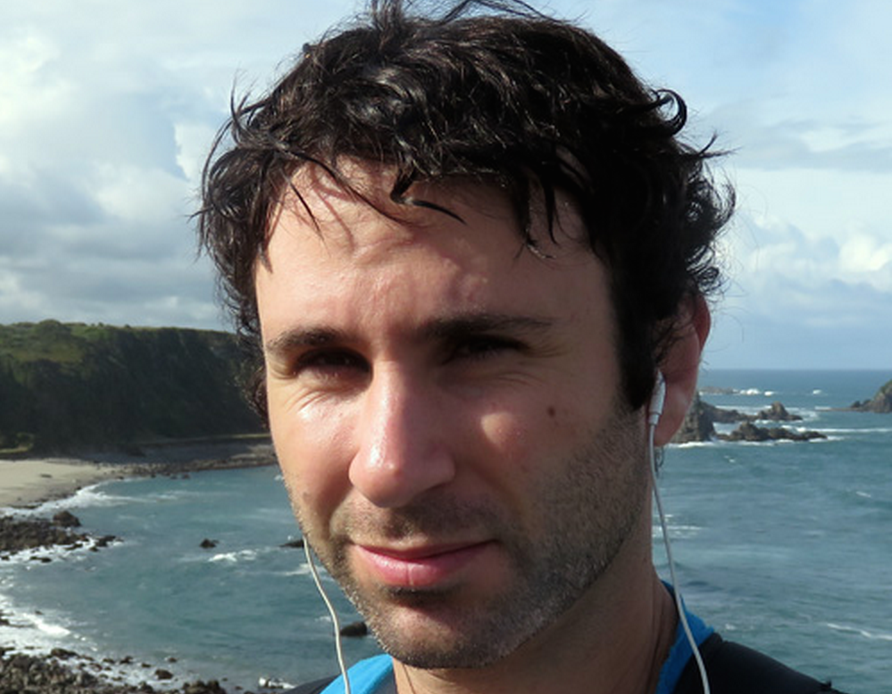 Pixel Thoughts made it to the second-most popular post on the huge social sharing site reddit, and received write-ups in the Huffington Post, Design Taxi, Collective Evolution, Bustle, and popular Swedish and Russian news sites. UK Metro writes that Pixel Thoughts could change your life, and Irish Examiner says if you bookmark one site this week, make sure it’s Pixel Thoughts.

The site also received lots of positive responses on Twitter:

http://t.co/gdwoMCVfcO a really sweet way to get some perspective and de stress even for a minute #PixelMeditation #mindfulness

As for Balaban, his response to all the publicity has been what one might expect from someone who built a mindfulness website.

“I think it’s really not such a big deal,” he says. “I had one project that made it to the top of reddit. Whether I can replicate it is another story. What does it mean? Not a lot. I think you’re only as good as your next project.”

After all, popularity is not why Balaban created Pixel Thoughts in the first place.

“I built it for myself,” he explains. “I used it way before it got popular during stressful moments.”

The underlying philosophy of Pixel Thoughts is that we can find peace and calm if we get our egos out of the way.

Want to gain the skills to turn your app ideas into reality? Apply to our course, online or in four major cities, today.