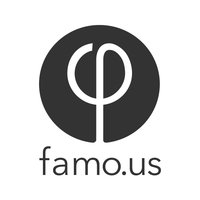 Famo.us has captured the attention of the coding world, especially anyone who has been through the ordeal of coding for mobile apps with HTML5. Famo.us is a JavaScript app platform with a bold promise:

Famo.us is a JavaScript platform that enables engineers to build beautiful, cross-platform web apps that perform as well as the very best native apps. It is the only framework that provides an open source 3D layout engine fully integrated with a 3D physics-based animation engine that can render to DOM, Canvas, or WebGL.

Due to a connection with the Famo.us team, Hack Reactor students and staff were among the select few who were able to work with the beta Famo.us code, prior to its launch.

That gave Hack Reactor founder Shawn Drost a close-up look at Famo.us from an early stage. When a Quora user asked the crowd whether Famo.us could live up to its promises, Shawn chimed in with a lengthy reply. Here are some key excerpts from Shawn's answer, but if this piqued your interest, go ahead and read the whole thing:

The demos impress me.  They're squeezing a lot of performance out of last-gen mobile hardware.  It's not stutter-free (and I feel like there's some non-native-feeling stutter), and mobile web performance isn't my bread and butter, but I'm not naive and I am impressed.

The framework speeds devs up.  I've witnessed several student groups making use of the framework (alongside most of our students using angular, etc), and even though they must go through a substantial learning curve in the first few days, their projects always end up more beautiful, responsive, and native feeling.

The problem is huge.  Reminder: HTML5 mobile performance is a major missing piece of web infrastructure.  Companies want to use web tech on mobile -- it's easy to hire for, dev cycles are faster (if you don't have to tweak endlessly for mobile performance), you can write less code overall across your misc products (web + ios + android + etc) -- but they can't, because of performance.

Nobody else is tackling the problem.  If you want to build a native-feeling webapp, your best option besides famo.us is -- wait for it -- jquery mobile.  Just kidding, jquery mobile is never your best option.  Just write all your own transition and widget code by hand.

TLDR: this diehard skeptic is impressed.

Hack Reactor students are already putting their famo.us ideas into action. Harish Yeluri, Josh Goldberg, Aaron Chou and Gulsen Yilmaz are working on a Famo.us hub, which will allow developers using Famo.us to host and showcase their projects.

Famo.us' rise to prominence is far from a done deal, but if it can successfully fill the need for a smoothly operating mobile HTML5 platform, it will improve the lives of countless developers and the millions of people who use their apps.

Hack Reactor Students Get Set Up with Bower & Polymer